This Sprinter 4x4 convertible conversion is wrong, but oh so right 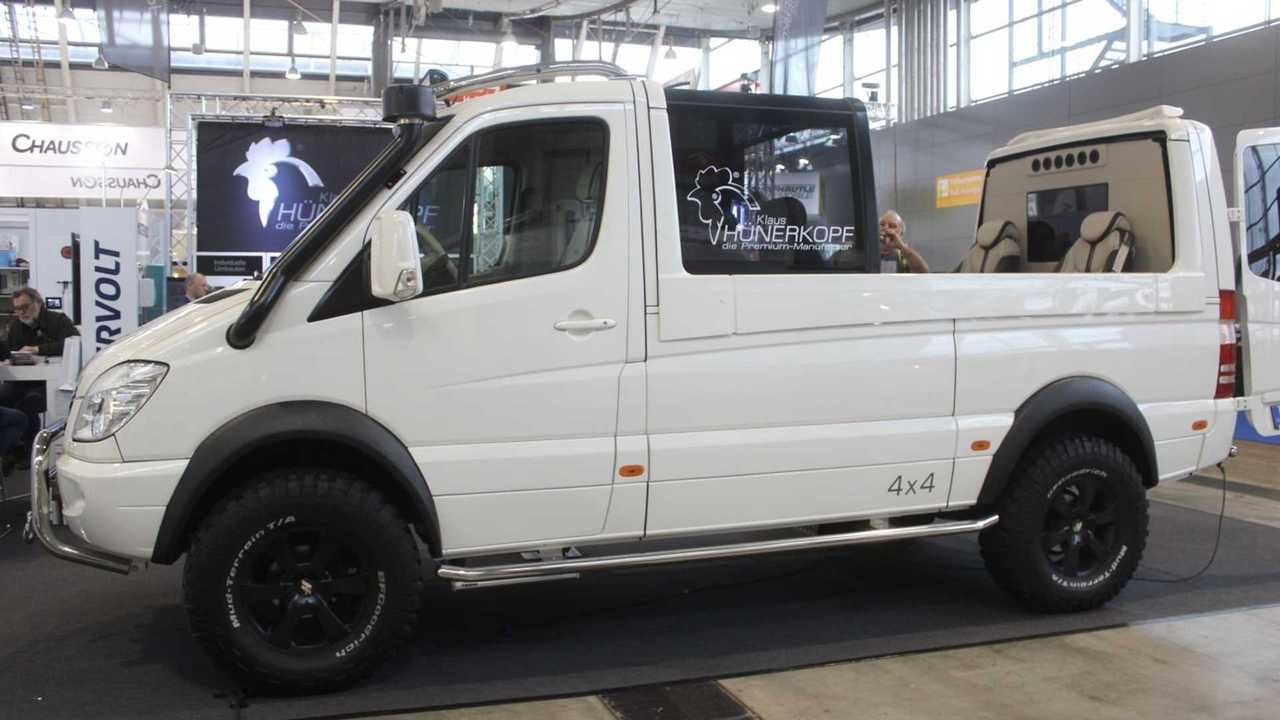 The Maybach G650 Landaulet not crazy enough? Wait until you see this...

It’s safe to say Mercedes has built its fair share of quirky vehicles in the last few years, with relevant examples being the AMG G63 6x6, the G500 4x42, and the ludicrous G650 Landaulet. There was also that insane E-Class All-Terrain 4x42, and if you enjoyed all of those oddball creations, you’ll probably love this Sprinter 4x4 Convertible as well. Granted, this highly unusual people mover didn’t come straight from the factory in this unique configuration, but it’s still very much a Mercedes.

Showcased at the Caravan, Motor, Tourism 2020 in Stuttgart, this weird Sprinter captured on camera by New Atlas takes the shape of a completely bespoke off-road landaulet with vis-à-vis seating and a couple of TVs. It’s being showcased at the Hünerkopf stand at CMT, complete with a glassy canopy developed by Caleche. Iglhaut Allrad was also involved in the project by installing an upgraded 4x4 system to make the Sprinter more capable on rough terrain.

It is believed the project was created for someone who enjoys falconry and commissioned the Sprinter with everything from a winch and a roof light bar to a snorkel and a bull bar. It rides on massive 37-inch BFGoodrich Mud Terrain tyres and benefits from chunky wheel arches to further accentuate its off-roading focus.

With a price tag of €267,000 (approx. £227,000) including VAT, the open-top Sprinter is not cheap, but then again, the aforementioned G650 Landaulet isn’t exactly a bargain either. In fact, the V12-engined behemoth can set you back seven figures for a low-mileage clean example. This jacked-up, open-top Sprinter doesn’t have twin-turbo 6.0-litre engine as it relies on a 128-bhp diesel, but we’d still want to go for a ride – either in the back on one of those four plush leather seats or behind the wheel.

There’s a matching trailer for your Mercedes Sprinter camper van