Volkswagen got the ball rolling as far as its MEB-based electric vehicles with the ID.3 compact hatchback introduced in September 2019 at the Frankfurt Motor Show. The next order of business is to unveil the ID.4 electric SUV – essentially a production version of the ID. Crozz concept unveiled back in 2017. The folks from Wolfsburg have confirmed repeatedly the road-going model would debut at some point in 2020, and now we might know courtesy of Autocar when exactly the official premiere will take place.

The British magazine reports VW has selected the New York Auto Show set for the first half of April to introduce the ID.4 in production attire. It’s not at all surprising considering the Detroit Auto Show has been pushed back to June, while the Geneva show programmed for March will be mostly about the Golf GTI and its GTD diesel sibling. VW certainly wants the hot hatch duo to get all the attention in Switzerland, much like it prefers the zero-emissions SUV to be the star model in the Big Apple.

There’s a lot riding on the ID.4 since VW has developed the electric high-riding vehicle to be a global model bound to hit the assembly lines in Europe (Zwickau) and China (Anting) later this year. It will also be manufactured in the United States, but the Chattanooga, Tennessee plant won’t commence production until 2022. It will be followed by a coupe-styled derivative rumoured to go by the name of ID.5.

The ID.4 is expected to come with a single-motor, rear-wheel-drive setup in lesser forms and with a dual-motor, all-wheel-drive layout for the more expensive versions of the range. As with the ID.3, customers will likely get to pick from several battery packs, with range likely to at least match the 250 miles offered by the ID. Crozz concept.

Could There Be An ID.4 GTX? 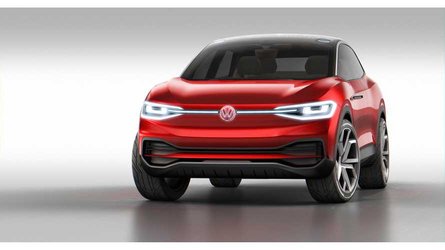