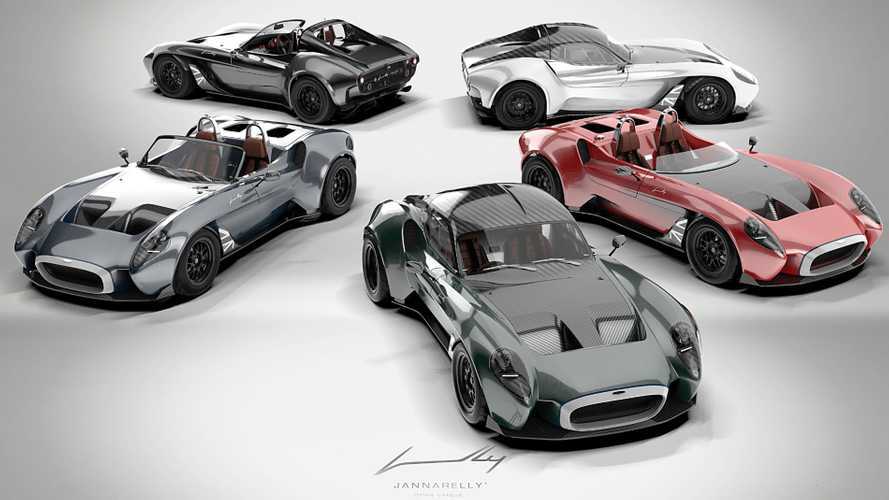 All five special Design-1 UK Edition cars will be emblazoned with Union Jacks.

New sports car manufacturer Jannarelly is celebrating its arrival in the UK market with a handful of special-edition models.

Despite coming to the UK market in November, the UAE-based firm has waited until now to reveal its Design-1 UK Edition cars. Only five will be produced, with each boasting Union Jack bodywork.

More on the Jannarelly Design-1:

Jannarelly debuts prototype Design-1 under the sun in Dubai

All five cars will be built to the Coupe specification, which means they come with a glass windshield and a hard top, although these can be removed. And like all Design-1s, the cars feature a 3.5-litre Nissan V6 engine that produces 321 bhp and sends it all to the rear wheels.

With a six-speed manual gearbox, the car has an estimated 0-62 mph time of 3.9 seconds, which would make it marginally faster than an entry-level Porsche 911. A predicted top speed of 135 mph, however, suggests shorter gearing and would prevent it from winning any long drag races.

Anyway, straight-line speed isn’t the Design-1’s unique selling point. According to the manufacturer, the car is a “tribute to the ‘60s for car lovers in search of style, customization and performance”.

And the new special edition models, which come with a price tag of £115,549 before road tax and registration fees, are designed to latch on to a sense of national pride. Each of the five cars will come with their own specific paint finish — either red, white, blue, green or grey — with a front grille surround in white.

That’s designed to be “reminiscent of vintage British racers”, while the specially crafted carbon fibre engine cover will come with a Union Jack, celebrating the car’s introduction to the UK market. And there’s more flag action down the sides, with special decals lining the cars’ flanks, while the cars are also adorned with UK Edition metal plaques.

“The UK is widely regarded to have one of the largest and most dedicated automotive communities in the world and it felt only right to recognise our entry into this historic market with a special edition of the Design-1”, said Anthony Jannarelly, co-founder of Jannarelly Automotive. “The UK Edition cars truly reflect Britain’s extensive racing heritage but utilise the very best of modern materials to offer customers a classic car experience with 21st century engineering and design. We’re excited to welcome our UK Edition buyers to the Jannarelly family and look forward to seeing the cars out on the road.”