One of the most important debuts of the year for Volkswagen is undoubtedly the eighth generation of its quintessential hot hatch – the Golf GTI. It was confirmed last week for an official reveal at Geneva Motor Show, but we won’t have wait until early March to see the rear end design of the Grand Tourer Injection Mk8 as there’s a revealing image of the car’s derrière making the rounds on social media.

If I were a betting man, I’d say the car’s rear belongs to the hotter Golf GTI TCR rather than the regular version of the performance hatch judging by the chunky roof-mounted rear spoiler. The standard model will probably make do with a simpler setup without sending that look-at-me vibe as a way to separate the two flavours of the GTI.

The overall design is typical VW, representing a subtle evolution over the old Golf GTI in the same vein as the lesser variants of Wolfsburg’s insanely popular hatchback are remarkably similar to the Mk7. We’re not so sure about those wheels, but it goes without saying there will be plenty of designs to choose from when placing an order for the TCR and the standard sporty version.

Other noticeable traits denoting this is something a bit more special than a mainstream Golf include the dual exhaust tips flanking a tiny diffuser, while the lowered ride height indicates the car had a stiffer suspension setup. The “Golf” lettering remains hidden under a white piece of wrap underneath the VW logo in the centre of the tailgate, and it looks like the traditional red “GTI” logo is missing altogether. That’s hardly a surprise since we’re probably dealing with a pre-production prototype that might not have all the final bits. 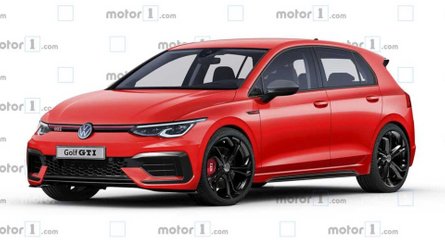 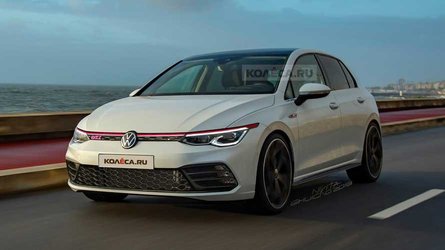 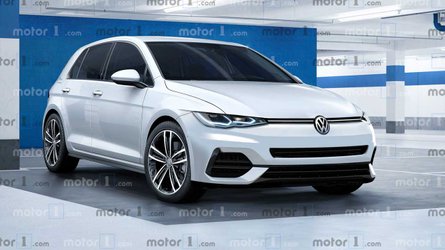 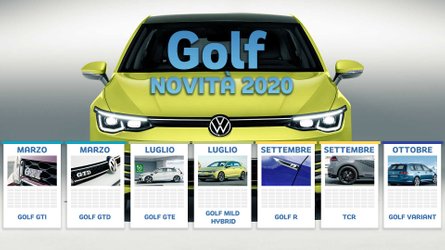 Reports say the standard Golf GTI will offer 232 bhp from a 2.0-litre turbocharged petrol engine equipped with mild-hybrid tech and linked to either a standard six-speed manual or an optional dual-clutch, seven-speed automatic. The spicy Golf GTI TCR will allegedly up the power ante to 286 bhp and add goodies such as a limited-slip differential, bigger wheels, beefier brakes, and a lower ride height.

It remains to be seen whether the TCR will be shown alongside the normal GTI in Geneva where VW is also bringing the diesel equivalent, the GTD. Come July, the all-paw Golf R will celebrate its world debut at the Goodwood Festival of Speed with over 300 horses under the bonnet.