ABT turns VW Multivan T6.1 into a van with Performance Chops

Ever look at the Multivan and say, "I think it needs bigger wheels"?

Realistically, there are basically two types of people who would have a van on their must-have list; those who tend to carry a lot of stuff, and those who carry a lot of people. Most of the time, these are owners of maybe a repair or logistics business, where you need an efficient way to carry parts and equipment from one place to another. You also have the shuttle drivers or people with huge families, where every seat is occupied by a person who needs to get to the airport or a loved one. Apparently, ABT believes that there is a super niche van buyer market that we don't know about, because they just recently revealed that they've been working on a souped-up version of the T6.1 Multivan. And no, ABT is not a cargo company, it's a hugely successful tuning firm that has worked on various manufacturers such as Audi, Volkswagen, and Seat.

For those looking to make their T6.1 Multivans a force to be reckoned with (kinda, but you will be the fastest van around), ABT just didn't slap some big wheels and fancy suspension and call it a day. No, in order to do justice to this wildly popular and almost cult-status line of VW commercial vehicles, ABT would have to make it not just cooler, but faster, too. While some go for a retro approach by giving a two-tone paint scheme, lots of chrome, and feel-good vibes, ABT has decided to offer either a set of 19-inch or 20-inch wheels in either matt or gloss black. Handling gets a boost thanks to some Bilstein Height Adjustable Suspension Kits from ABT Sportsline, adding a claimed "unexpected light-footedness and precision" to the unassuming hauler. Oh, and you can drop the body between 40mm and 70mm.

Work done by ABT: 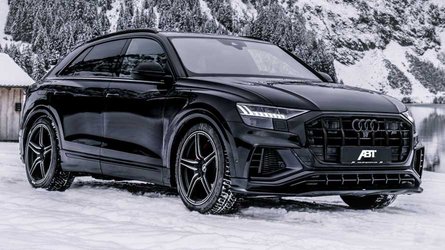 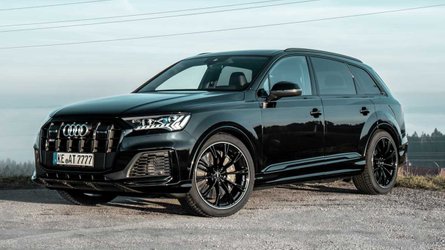 Audi SQ7 gets more power, new wheels from ABT

You're gonna need that extra handling because under the bonnet is the biggest upgrade of all. ABT Engine Control will do wonders for the 2.0-litre turbodiesel, giving a boost to 180 bhp and 295 lb-ft of torque compared to the stock 150 bhp and 250 lb-ft of torque. Go for the top spec 2.0-litre, and you can go from a stock 199 bhp and 332 lb-ft of torque to a maximum output of 226 bhp and 361 lb-ft of torque. Pretty cool, right? Check out what else ABT can do with their configurator.