Weird BMW i3 test mule spied with the widest fenders ever 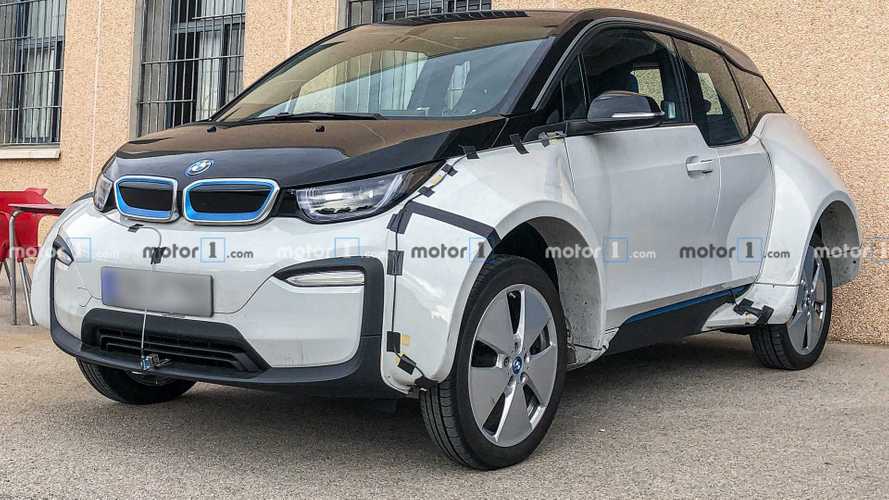 Something strange this way comes.

What exactly are we looking at here? We don’t mean that in a literal sense, because obviously we’re dealing with a bonkers BMW i3 wearing a massive widebody kit. That’s further accentuated by the i3’s small eco-friendly tyres, which don’t come remotely close to filling the massive wheel arches. Wires are also taped around the left side door and flared fender, and another wire leads to what looks like a sensor of some kind mounted low on the front fascia.

The future of i3:

Rather, the question should be, what is the purpose of this goofy looking i3? For that we need a bit more context, and our source on these photos informs us this test vehicle is part of BMW’s team for suspension and tyre development. More specifically, it’s connected to BMW’s electric i division, which explains why we’re dealing with an i3 test mule.

But we still don’t know its purpose, and our source wasn’t able to get a definitive answer. We do know BMW will likely keep the i3 in production until at least 2023, at which point we’re expecting to see a more conventional EV hit the road. Whether it replaces the i3 or supplements it is unknown, but this test vehicle could be exploring different wheel/tyre combinations for that model. It might also be testing new suspension components with a wider track. These are all well within the realm of possibility.

Or maybe, just maybe, BMW is testing the long-awaited hover conversion kit as featured in Back to the Future II. That film clearly showed such conversion kits as being commonplace in 2015 – five years ago. Are we crazy for having such thoughts? Perhaps, but be honest. Did you look at this car and instantly envision those wheels folding up inside the arches like Doc Brown’s DeLorean?

It's totally okay to admit that you did.