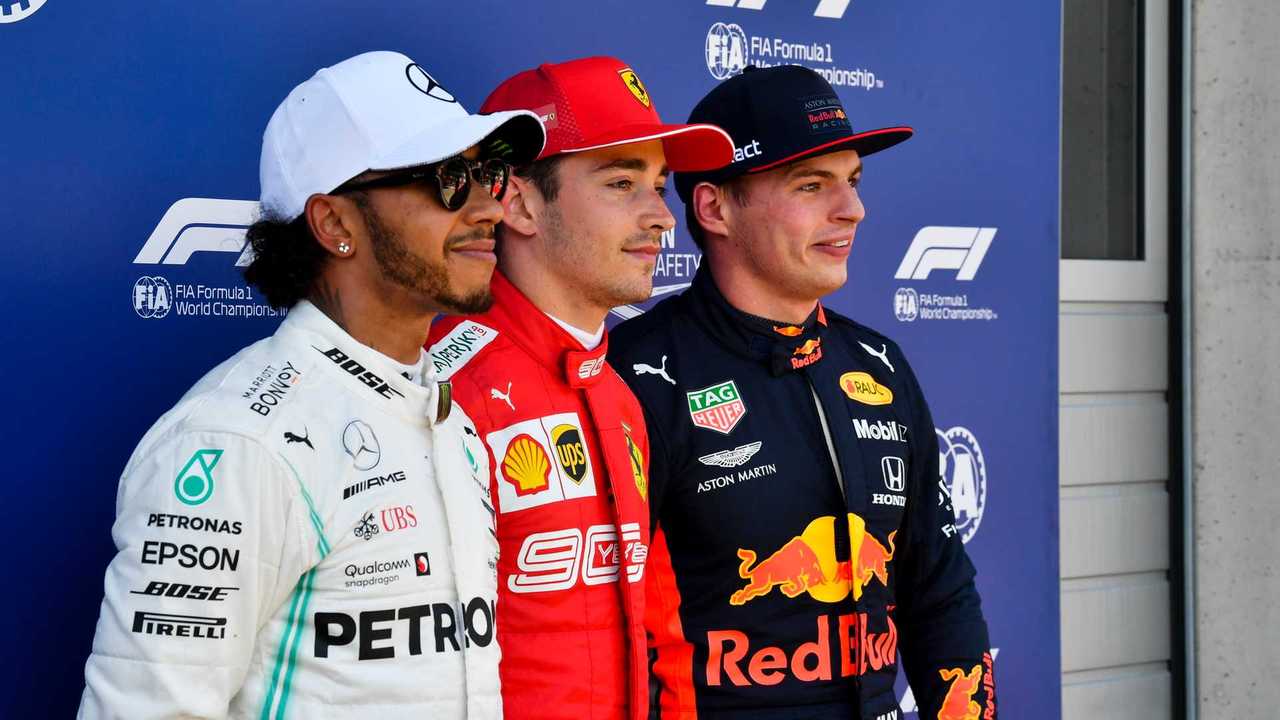 Red Bull team principal Christian Horner says it will be fascinating to see how long Lewis Hamilton can hold out against the "wave" of emerging young talent spearheaded by Max Verstappen and Charles Leclerc.

While the two 22-year-olds were powerless to stop Hamilton from securing his sixth F1 drivers' title last year, they both impressed and earned new long-term deals with their respective teams.

Leclerc has committed to Ferrari through 2024, while Verstappen is due to remain at Red Bull until the end of 2023.

Though Hamilton's Mercedes team has dominated F1's hybrid era, Horner is convinced F1 is due for a "classic" between its three biggest teams this year due to regulation continuity, before things are shaken up by the 2021 rule revamp.

And with Leclerc and Verstappen representing a potential of the guard, Horner expects the intra-generational battle to be a major attraction in the next few years.

"Every now and again, you get a wave coming along and I think we've got that at the moment," Horner said.

"So I think especially exciting is the Max/Leclerc dynamic, how that's going to play out over future years, how Lewis can still go toe to toe with those guys.

"Because there's life in him yet as well and I think he's keen to gauge himself against the young wave that’s coming through.

"I think for Formula 1 it's fantastic to have the dynamics of the young guys, the challengers, coming through and some of the older guys that are the old dogs that know all the tricks."

The 35-year-old Hamilton, out of contract at the end of 2020, is widely expected to commit to a new Mercedes deal - especially following the news of Verstappen's and Leclerc's long-term agreements.

Hamilton has repeatedly made it clear in 2019 that he does not see himself hanging up his helmet any time soon.

"The core of what I do is that I love racing, I love the challenge," Hamilton said.

"I love arriving knowing I have got these incredibly talented youngsters who are trying to beat me and outperform me, outsmart me, and I love that battle that I get into that every single year. And I am working with these guys who are so much smarter than me and they make me feel smarter, [and] when I am challenging them and proving them wrong so many times, it is unreal!

"I don’t fear [the day I retire]. It is going to be a sad day, to hang up and stop doing something you’ve loved your whole life and as long as you can remember. But that is why I have all these other things in place that I can fall back on.

"The fashion side, for example, I’ve found another business that I can do for a long time if successful. Currently that is going really, really well but I don’t know how long it will go. But at least I have another interest.

"But there are a lot of different things I can be interested in. I know my life is not going to be over when I retire. And that gives me a lot of comfort but right now I feel physically good enough to continue so I’m going to try to eke that out as long as I can."