Hyundai i30 facelift spied inside and out on a snowy day 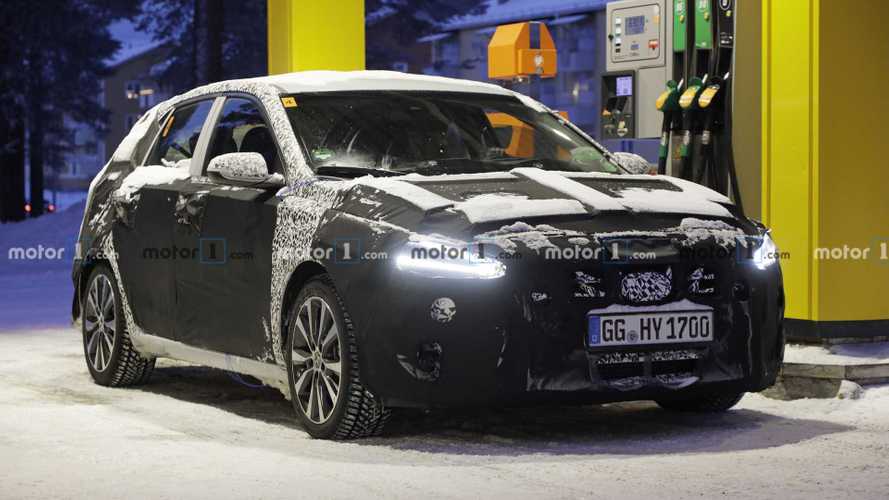 Can you spot interior changes?

The global hatchback segment is pretty crowded with new models these days. Volkswagen and Skoda presented their new offerings, the Golf and Octavia respectively, and SEAT is about to reveal the new Leon very soon. Hyundai knows that it’s facing updated competition and it needs to overhaul the i30 to keep the battle going. Today we bring you a fresh batch of spy photos with the revised South Korean model and it gives us the first look at the cabin of the vehicle.

The shots show Hyundai has put camouflage on the dashboard including a thin foil on the centre console, door panels, and steering wheel - something we don’t see every day. At this point, however, we are unable to spot any major changes inside the cabin but the heavy concealment suggests tweaks are actually being made. It’s also safe to assume new trim and customization options will be available.

It’s a different story on the outside where the updated i30 keeps wearing a heavy camouflage. Despite the disguise, it’s easy to see the headlights have been redesigned from the ground up and will probably employ an all-LED setup. Hyundai’s corporate “Cascading Grille” is also partially visible. The front and rear bumpers remain concealed underneath the double-layered camo, but we’re expecting some changes in those areas as well.

As for the powertrains, these remain a mystery for now. The i30 already offers a comprehensive range of engines in Europe, which includes turbocharged four-cylinder petrol units, a three-cylinder petrol motor, and a 1.6-litre turbodiesel. These could be joined by a plug-in hybrid system shared with the Kia Ceed Sportswagon. It uses a 1.6-litre petrol engine from the Kappa family, mated to a six-speed dual-clutch automatic transmission and a 44.5-kW electric motor.

It’s difficult to say when Hyundai will release the facelifted model but a launch later this year is our best guess at this point.