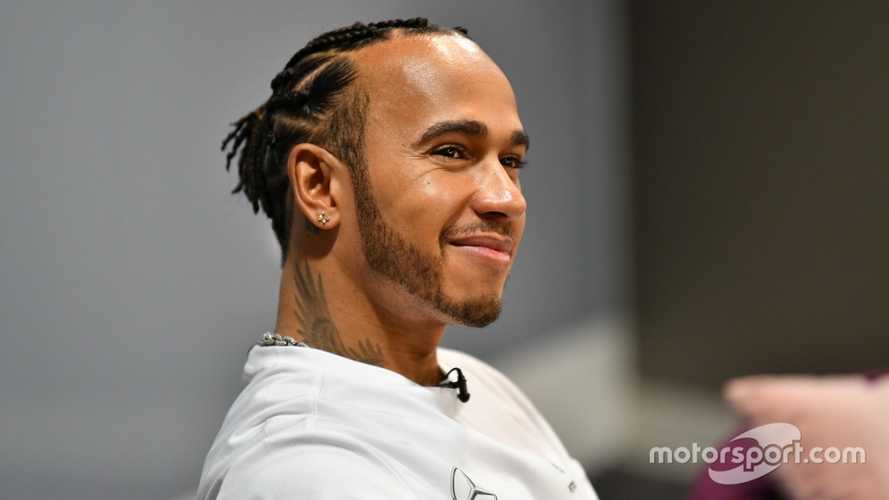 Lewis Hamilton says he will be "a machine" in Formula 1 year as he sets his sights on operating on "another level" than he has before.

Posting on Instagram with a photo of him at his house, the six-time world champion said that the happiness he now had would make him better than ever in 2020.

"To own a home that I love so much, get to create so many wonderful memories brings me more happiness than I ever thought I could deserve," he wrote.

"I am at peace when I'm here, can focus and build my mind and body so that I can come back year on year. I'm going to be a machine this year, on another level than ever before!

Hamilton was clear last year that his charge to a sixth world title had come with his 'best' season in F1, after Mercedes bounced back from a difficult start to pre-season testing.

"When we started this season, our car was actually a real heap to drive," he said at the FIA Prize Gala in Paris.

"It wasn't that great looking at the testing. We couldn't quite get it in the window, and it wasn't until the last day that we got it to work. And then we went to the first race and we already had some great results."

Speaking to Motorsport.com at the end of the season, Hamilton said also that he still felt he was improving as a driver – and that he did not feel age was taking anything away from him.

"I don't think there are any weaker areas," he said. "You could say if you focused on one area more, another area suffers. I could say for example I could be physically greater. But there is a certain demand in F1 and I don't need to be able to run five marathons in a week."