Production Lucid Air to debut in New York this April

Like many other EV startups, Lucid Motors has had a bit of a rocky ride the past few years. However, the California-based company looks like they have righted the ship, and are on course to producing their first car, the Air, by years end. 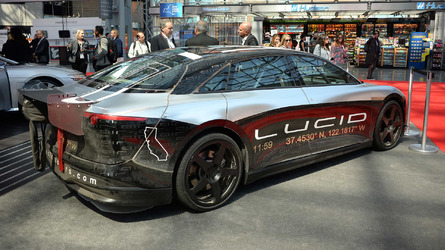 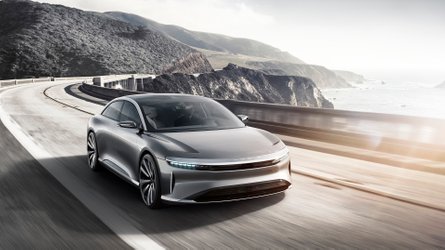 While the Lucid Air concept has been shown on display for a few years now, we now know when Lucid will introduce the production version of their electric luxury saloon. That will take place in New York this April, during the New York Auto show. Lucid hasn't said specifically whether the introduction will occur during the show, or at a special event before the show. But we do know for sure that it's happening at or near the New York Auto Show.

Lucid had a busy 2019 after securing a one-billion-dollar investment from the Public Investment Fund of Saudi Arabia. Since then, they have moved into a new 305,000 square-foot headquarters in Silicon Valley where they are currently building 80 prototypes for validation and crash testing. They broke ground on their new manufacturing facility in Casa Grande, Arizona, and currently have most of the structure's steel in place. They also announced a vehicle charging network partnership with Electrify America.

Now that we have a clear path to production and expect to unveil the final design of the Air in April, Lucid is now focused on engaging with potential customers and really showcasing what differentiates out all-electric luxury sedan from the competition. - Doreen Allen, Director of Sales, Lucid Motors

We reached out to Lucid for comment on the recent announcement and was told that the company is now shifting on engaging customers since they are on a clear course for production before years end. To be specific, Lucid plans to begin producing production versions of the Air in early Q4 2020, and have customer copies rolling off the production line before the end of 2020. To that end, Lucid recently lowered the (fully refundable) required deposit amount from $2,500 to $1,000. Interested North American persons can make their reservation on Lucid's website.

When Lucid first broke onto the scene, they estimated the Air's base price to be $60,000 (£47,800 in the UK) , before incentives. That was for the base version which was rear-wheel-drive and had a 75 kWh battery. There were also all-wheel-drive versions with 100 kWh and 130 kWh battery packs, and the top-spec version boosted 1,000 bhp. Beyond 2020, the goal will be to scale up production and bring to market the cheaper, non 'Launch Edition' Airs. Those models will be fitted with 100 kWh batteries and have a range of 300 miles or so. Pricing for these lower-end Airs hasn’t been announced, but we figure they’ll still be a bit north of £80,000.