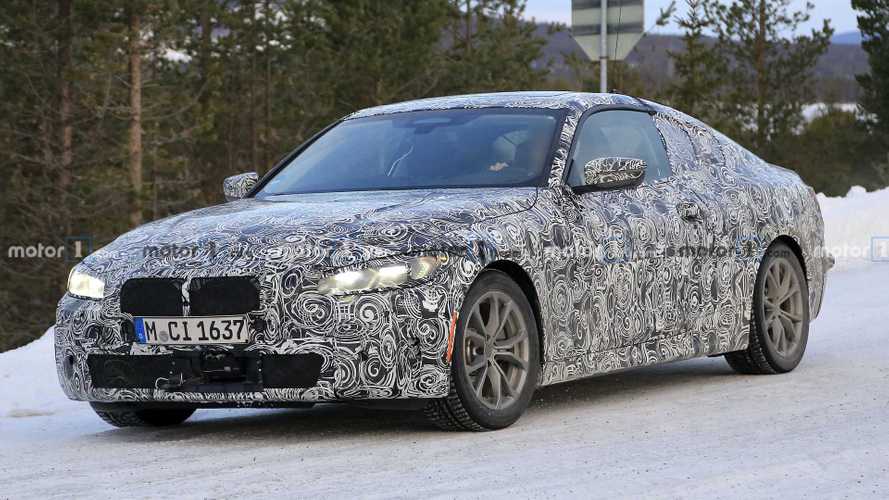 It could debut this March at the Geneva Motor Show.

It’s January, which means for many automakers, BMW included, it’s time to hit the snow-covered roads of the northern hemisphere for some cold-weather testing. Our intrepid spy photographers have caught the next-generation BMW 4 Series Coupe near the Arctic Circle, and the coupe’s big grille doesn’t look the least bit chilly.

The new batch of spy photos shows the coupe still covered in heavy camouflage. The swirly stuff hides much of the coupe’s finer design cues, though we can see prominent haunches over the rear wheels. The camo, along with some padding, hides the grille, which appears as massive as ever. This should both displease and please BMW enthusiasts. We can see new headlight and taillight designs even though they’re partially covered.

The new 4 Series will ride on BMW’s CLAR platform that underpins several of the automaker’s newer models. It’s a flexible platform that can serve a host of different powertrain configurations. For the 4 Series, that means offering a wide array of engines ranging from an efficient 1.5-litre three-cylinder to the potent twin-turbocharged 3.0-litre straight-six that’ll power the next M4. Sitting below the M4 will be the M440i xDrive producing 382 bhp (296 kilowatts). The gearbox of choice is likely a ZF eight-speed automatic.

Inside, the 4 Series receives a substantial upgrade that sees the introduction of a digital instrument cluster. The BMW will also feature a trapezoid-shaped infotainment display set above the HVAC vents and a few tactile controls. A rotary dial on the centre console controls all the new technology.

Previous reports pegged the 2021 BMW 4 Series Coupe debut for some time in mid-2020; however, it appears the reveal could happen as soon as this March during the Geneva Motor Show. We’ve been seeing camouflaged test mules for months, and an imminent reveal sounds plausible. Once the coupe debuts, we should see the convertible, followed by other body styles and performance versions.