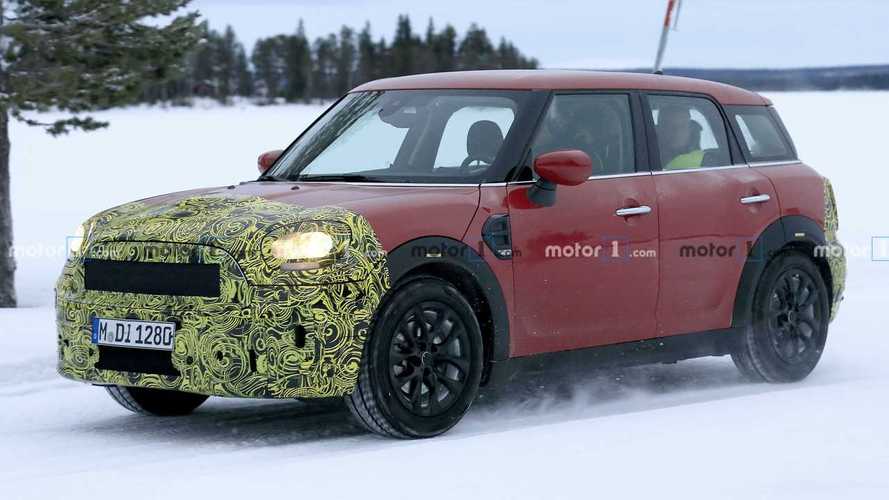 The debut is reportedly in the second half of 2020.

Despite what appears to be a fairly minor styling refresh, the facelifted Mini Countryman gets lots of development on the road, going back to July 2019. A new gallery of photos provides the latest look at the updated design.

The engineers dress this Countryman in a mix of swirl-pattern camouflage and panels that hide the final shape. In front, the little crossover appears to have a flatter overall appearance. Unfortunately, the pieces covering the grille and headlights conceal the actual shape of these components. A vehicle in earlier spy shots had adaptive matrix-beam LED headlights.

At the back, there's not much to see. The camo wrap doesn't seem to be hiding much. The taillights have a different lamp pattern, too.

The interior isn't yet visible in any spy shots, but the photographers report seeing a larger infotainment screen.

The engine range shouldn't change much and would continue to include a range of 1.5-litre three-cylinder and 2.0-litre four-cylinder options.

The latest info on the updated Mini Countryman:

The good news is that the refreshed Countryman should finally make a debut in 2020, meaning all of the camo would finally be gone. Just don't expect a significant visual overhaul. The current info suggests the updated crossover would have an unveiling in the second half of 2020, possibly at the Paris Motor Show in October.