VW SMV spied as large SUV with an MPV twist 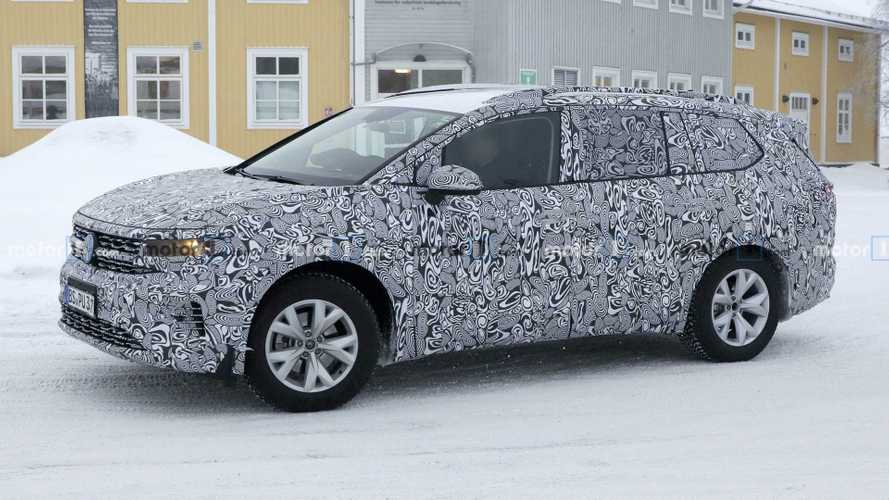 A big car is entitled to an equally large spy photo gallery with around 40 images.

When in doubt, just add more SUVs – that seems to be the motto nowadays among managers in the automotive industry as people simply can’t get enough of these high-riding vehicles. It’s especially true for Volkswagen and its joint ventures in China where the automaker is extending its portfolio to include a long string of crossovers and SUVs. The one you’re seeing here is a bit more special than all the others as it’s effectively the largest vehicle to ever be built on the omnipresent MQB platform.

Indeed, at 5.1 metres (201 inches) long, the SMV (not an appealing name, is it?) is huge. Developed in collaboration with FAW, the vehicle was revealed in concept form back in April 2019 at Auto Shanghai. The sheer amount of camouflage slapped onto this prototype is somewhat pointless seeing as how the namesake concept’s exterior was shown in full at its debut in China. The overall shape has sort of an MPV vibe, and the relatively flat roofline should provide ample headroom for all passengers.

When VW unveiled the SMV concept in the People’s Republic, it blacked out all of the SUV’s windows and didn’t publish any images of its seven-seat interior. It’s likely because the company wasn’t willing to show the cabin at that point, and it obviously still isn’t seeing as how the prototype’s dashboard is mostly hiding underneath a black piece of fabric.

Volkswagen SMV revealed as its largest SUV yet

The larger-than-life SMV is scheduled to go on sale in China before the end of 2021 and will be available with a turbocharged four-cylinder 2.0-litre engine for the lesser versions. Those willing to reach deeper into their pockets will be able to step up to a turbocharged VR6 2.5-litre rated at 295 bhp and 368 pound-feet (499 Newton-metres) of torque. Regardless of engine, the SUV will be sold exclusively with a seven-speed dual-clutch automatic transmission and all-wheel drive.