Skoda Kamiq Scoutline revealed with rugged cues, but no AWD 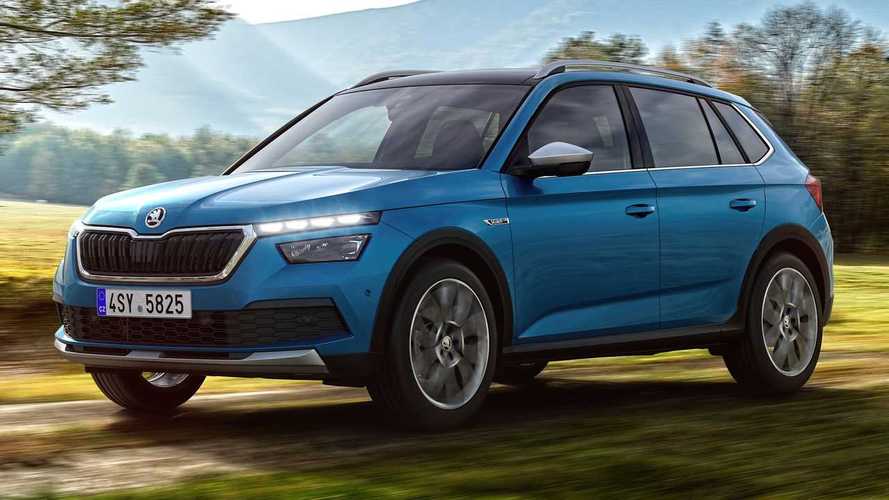 It's essentially an appearance package, without any mechanical upgrades.

Skoda has been giving its front-wheel-drive cars the rugged treatment ever since the Fabia Scout / Fabia Combi Scout came out back in 2009 during the supermini’s second generation. The branding was then changed to Scoutline in 2015 for the Rapid Spaceback and Fabia Combi to avoid a confusion with the all-wheel-drive Scout models. In 2018, the Fabia Combi Scoutline received a facelift to coincide with the estate's mid-cycle update, and now Skoda is slapping on the Scoutline badge on a crossover for the first time.

Get to know Kamiq:

Meet the Kamiq Scoutline, which much like the other Scoutline models before it, the subcompact crossover comes exclusively in a front-wheel-drive flavor. A sister model of the Volkswagen T-Cross and SEAT Arona, Skoda’s smallest crossover now looks more rugged than ever thanks to the matte black wheel arches and front silver underbody protection. More silver accents have been applied on the rear diffuser as well as on the side profile where the mirror caps, roof rails, and sills come in a similar finish.

The new flavour of Czech’s B-segment crossover rides as standard on 17-inch wheels, but you can upgrade to an 18-inch set with a fancy polished anthracite finish. As standard, the Kamiq Scoutline comes generously equipped with full-LED taillights, chrome-plated window frames, and tinted rear windows. Needless to say, there’s also special badging denoting this isn’t a run-of-the-mill version.

While images of the interior have not been provided, we do know there are height-adjustable front seats covered in breathable ThermoFlux fabric reserved to the Scoutline model. Skoda applies leather on the steering wheel, gearshift lever, and the handbrake lever, while the pedals have an aluminium finish. Rounding off the changes are the ash-wood effect accents, black headliner, chromed air vents, and LED ambient lighting in white, orange or red.

The Skoda Kamiq Scoutline will be available with all the engines and body colours available for the regular model and will celebrate its public debut in March at the Geneva Motor Show. The market launch for Europe is scheduled for June.

The ŠKODA KAMIQ is the brand’s first SUV to become available as a SCOUTLINE variant. In addition to matt black wheel arch liners, numerous silver bodywork elements create a striking appearance. The ŠKODA KAMIQ SCOUTLINE features a specific front spoiler with underbody protection and a rear diffuser, all in the same silver finish as the side sills, exterior mirror caps and roof rails. Additional highlights include the SunSet tinted side and rear windows combined with chrome-plated window frames. The 17-inch Braga alloy wheels and the optional 18-inch Crater wheels have a polished anthracite finish. The KAMIQ SCOUTLINE also includes full-LED tail lights as standard and comes with a special model badge.

ThermoFlux seats and exclusive decorative trims
The KAMIQ SCOUTLINE’s interior offers generous space and exclusive decorative trims – with an ash-wood effect as standard and a dark brushed design available as an option – complemented by chrome-style air vents. The pedal covers feature an aluminium design. While the height-adjustable front seats come with special SCOUTLINE upholstery made of breathable ThermoFlux fabric and Suedia microfiber, the steering wheel, handbrake lever and gearshift lever have a leather finish. The white, red and orange LED ambient lighting illuminates the centre console, door storage compartments, door handles and footwell. Moreover, the new KAMIQ SCOUTLINE is fitted with LED reading lights. Customers can opt for a black roof lining to round off the interior.

Extensive range of colours and engines
The ŠKODA KAMIQ SCOUTLINE is available in all body colours and the complete engine range for the series, which comprises three petrol engines, one diesel and the natural-gas-powered G-TEC (CNG), with outputs ranging from 66 kW (90 PS) to 110 kW (150 PS).

The new ŠKODA KAMIQ SCOUTLINE celebrates its premiere at the Geneva Motor Show; the market launch is set for June 2020.