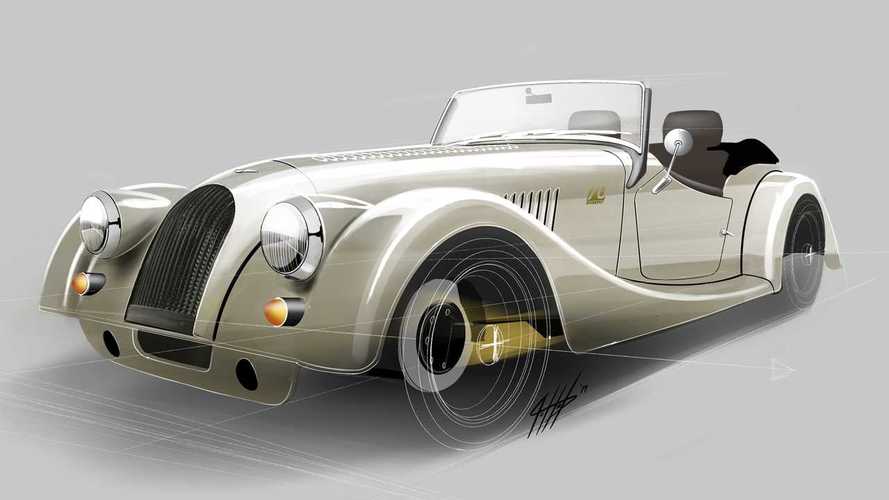 Sadly, they're all sold out...

British sports car manufacturer Morgan is celebrating 70 years of its classic Plus 4 model with a new celebratory model.

Dubbed the 70th Anniversary Edition, the £60,995 newcomer will be limited to just 20 examples. The car will also be the last Plus 4 to use the steel chassis that has underpinned the model since its inception seven decades ago.

As a result, one of the key features of the 70th Anniversary Edition will be its gold-painted chassis, while the bodywork will be covered in Platinum Metallic paint, marking the car’s platinum anniversary. Satin dark grey wire wheels, a motorsport-inspired front valance and black touches on the stone guard, A-pillars and side screens will also mark out the limited edition.

Inside, meanwhile, the special Plus 4 will get exclusive leather sourced specifically for the car, plus a Ravenwood veneer dashboard, dark grey box weave carpets and a satin black Mota-Lita steering wheel. A leather-trimmed steering cowl and door handles, mohair hood cover, and sidescreen storage bags are included too, while occupants also benefit from heated ‘performance’ seats and footwell lighting.

Under the long nose, the 70th Anniversary Edition hides an enhanced engine with a map configured by Aero Racing, Morgan’s in-house motorsport specialists. That lifts the power output from the standard car’s 154 bhp to 180 bhp in the special edition. That increase leads to a drop in the 0-62 mph time, which now falls below seven seconds.

And to complement this power with a little more aural impact, there’s an Aero Racing ceramic sports exhaust system fitted as standard.

Jonathan Wells, Morgan’s head of design, said: “As the design team creating the Plus 4 70th Anniversary Edition, our aim was to create a classic look, yet one that exudes the significance of what it represents. A mix of premium tones, high-quality materials, and exquisite details reflect the essence of the venerable Morgan Plus 4, and provide a fitting tribute to the steel chassis that has formed its backbone since it was launched in 1950.”

But if you want to get your hands on one of these cars, you’re all out of luck. Morgan has taken deposits for all 20 examples of the car, although small number of late-production Plus 4 and Roadster models remain in the Morgan dealer network. The Malvern-based company recommends that “those interested in purchasing one contact their nearest dealer at their earliest convenience”.