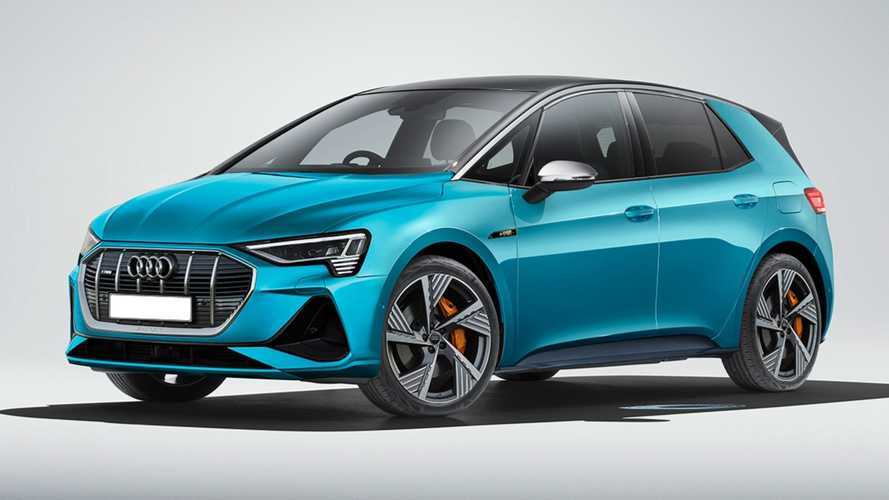 And it looks good.

Yesterday we talked about SEAT’s version of the Volkswagen ID.3 that’s going on sale later this year in selected European markets. The so-called El-Born electric compact will share its zero-emission powertrain and other core technologies with its Wolfsburg cousin, and we suspect other Volkswagen Group brands will also benefit from the MEB-based model. More precisely, Audi could introduce a premium variant of the ID.3 and a new rendering tries to preview what to expect.

The ID.3 is already a smart-looking hatchback and this virtual drawing from Kleber Silva on Behance proposes a slightly more upscale appearance for its Audi analogue. The overall shape and size appear identical but at the front, Audi’s corporate hexagonal closed grille gives the compact EV a more aggressive look. Below that is a sculptured bumper with wide air openings that are probably there just for a visual effect rather than having an actual purpose.

The rear end is simpler and features slim taillights connected with an LED strip that creates a wider visual appearance. Finally, there’s a set of Audi E-Tron-inspired aerodynamic wheels.

See its Spanish and German cousins:

The ID.3 is currently produced at Volkswagen’s Zwickau factory where the SEAT El-Born will also be assembled. The German company continues to invest in the plant and from 2021 it will be building up to 330,000 all-electric vehicles per year. In total, six MEB-based models from the Volkswagen, Audi, and SEAT marques will be built there, making Zwickau “the largest and most efficient electric car plant in Europe.”