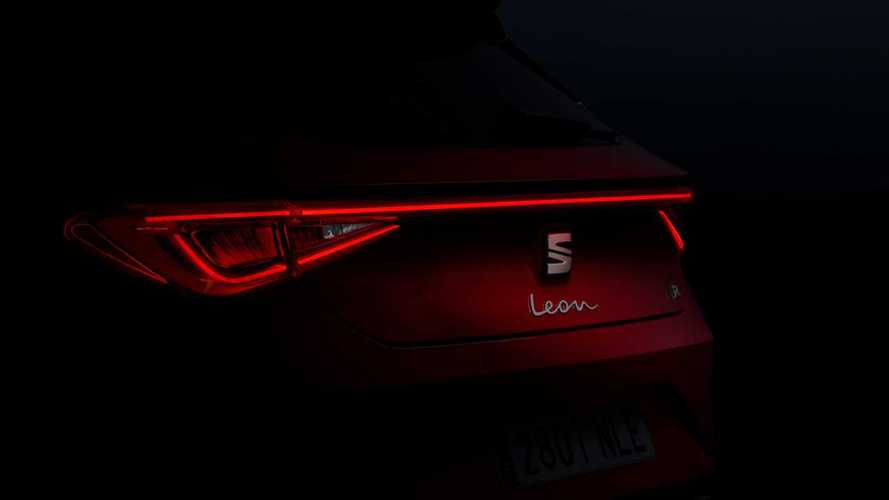 All will be revealed on January 28.

After seeing the Volkswagen Golf 8 and the Skoda Octavia 4, it’s now the SEAT Leon 4’s turn to generate a buzz in Europe’s mainstream compact segment. A new teaser image released today by Sociedad Española de Automóviles de Turismo reveals a good chunk of the hatchback’s derrière, which happens to belong to a sporty FR version.

As revealed many moons ago in spy shots, the revamped Leon will adopt a full-width LED strip interconnecting the two main clusters in the same vein as the Tarraco. As a matter of fact, the rear lighting setup (dubbed “coast-to-coast” by SEAT) is quite similar to that of the SUV, although we’re noticing the LED strip on the tailgate is uninterrupted whereas on the Tarraco it is split into two, right above the “S” badge. Much like it’s sibling from Wolfsburg, the new Leon will carry the model’s designation in the centre of the tailgate where it will be positioned below the corporate badge.

There’s no mystery in regards to how many doors the teased car has as the Leon hatchback will come exclusively in a five-door flavour, much like the new Golf and the forthcoming Audi A3. Sales of three-door cars in this segment have dropped in recent years, with SEAT deciding to kill off the Leon SC back in 2018.

Interestingly, the VW Group brand says the fourth-gen Leon will be bigger than its predecessor in both hatchback and estate body styles, which should hopefully translate into more space inside the cabin for passengers and their luggage.

Just about all the oily bits you can think of are going to be borrowed from the MQB Evo-based compact cars of the German conglomerate. Once again, the crown jewel of the range will be the hot Cupra, but remember the name has transitioned to a standalone brand with its own logo and everything. It’ll adopt a plug-in hybrid powertrain with a 1.4 TSI teamed up with an electric motor to deliver “up to 245 horsepower.” Chances are an even hotter Cupra Leon R will follow with somewhere in the region of 300 bhp and AWD for the estate.

Meanwhile, the standard Leon is set to receive its world premiere in two weeks from today – January 28.