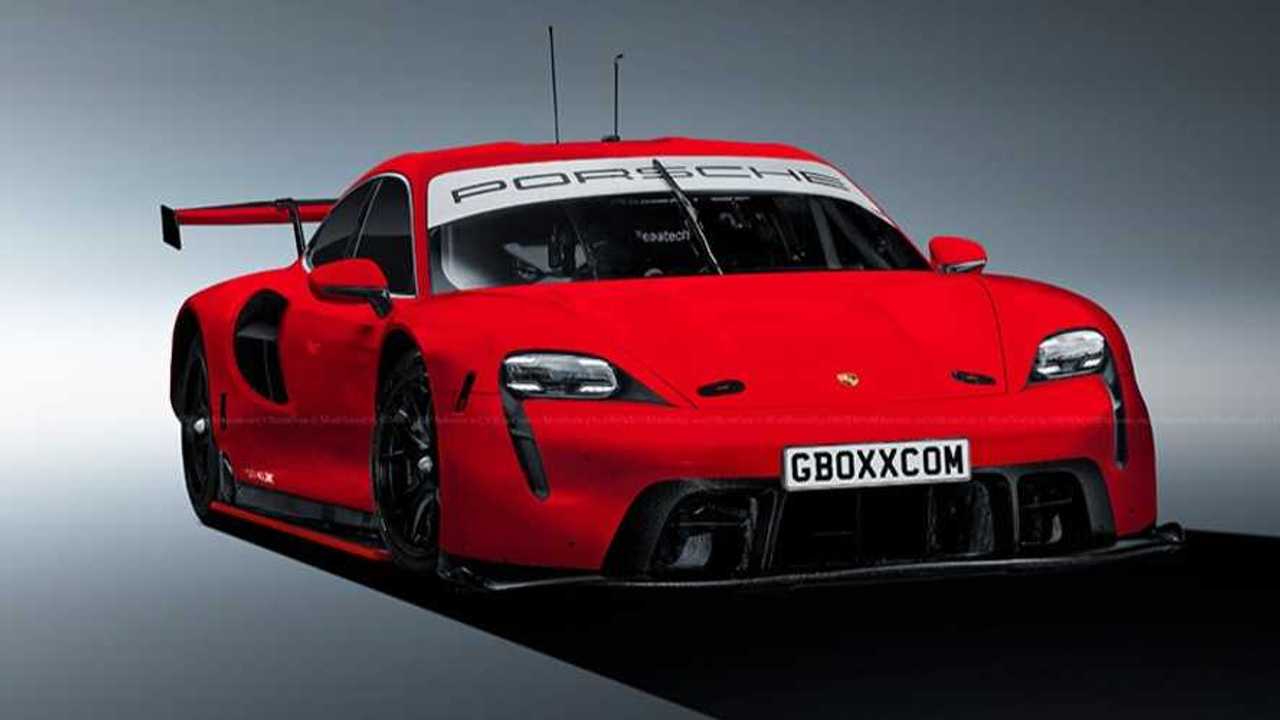 It doesn't take much to make the Taycan look ready to hit the track.

Porsche is famous for its racing success, and a new rendering from artist Aksyonov Nikita shows what it might look like if the company ever creates a competition-spec version of the Taycan. The result looks fantastic.

Nikita's creation blends elements of the Taycan and 911 RSR race car. The front end takes its styling cues from Porsche's new EV, including the headlights that integrate into gills at each corner. This version uses a different front fascia with a large, central intake. Exposed latches now hold down the front of the bonnet, and there's a single, large windscreen wiper.

At the rear, Nikita opts to give his Taycan RSR the design of a 911 racer. The rear doors are gone, and massive inlets are in the wheel well arches. Although, since the Taycan is an EV and there isn't a combustion engine in the back, this wouldn't have much functional purpose. A big wing occupies the rear deck, and there's a similarly large diffuser below it.

If Porsche actually wanted to race a vehicle like this, then the best bet currently would be the ETCR series for electric touring cars. It's for four- or five-door production-based vehicles, so the Taycan is perfect. For the inaugural season in 2020, the machines must use a common powertrain that makes 402 bhp (300 kilowatts) of continuous power and a maximum of 671 bhp (500 kW).

The Taycan marks Porsche's big entry into EVs, and deliveries are just starting. The company offers the model with a variety of powertrain options, including the range-topping Turbo S that makes 616 bhp (459 kW) during normal driving or 751 bhp (560 kW) when Launch Control is active. More electric Porsches are on the horizon, including a Cross Turismo estate and later a crossover.