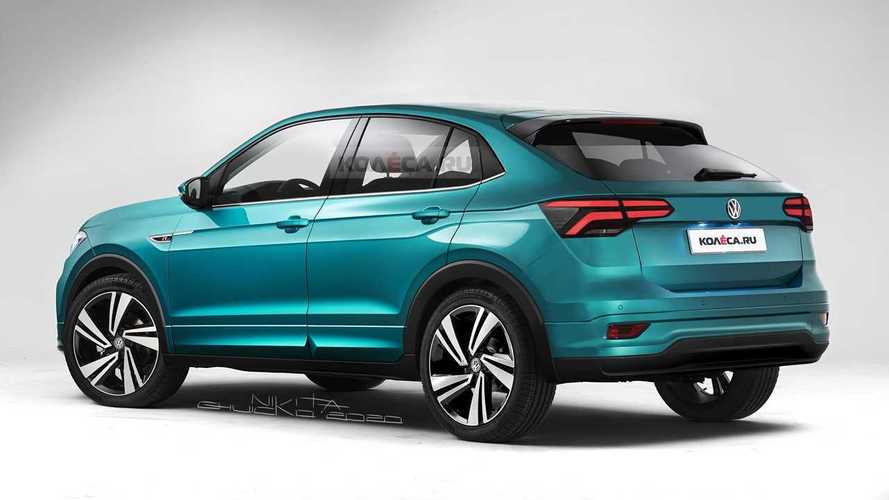 The real deal will be officially revealed this spring.

It’s getting harder and harder to keep track of all models Volkswagen has in its ever-growing portfolio, not just because of the sheer amount of models, but also due to their regional availability. You’re probably aware of the company’s overly complex Chinese lineup, but VW also has several vehicles sold only in certain parts of the world. The Nivus will be one of them as the petite crossover developed in Brazil and bound to be sold locally will travel to Europe in 2021 where it will also be produced.

Ahead of its official debut slated for this spring, the crossover-coupe mashup has been speculatively rendered based on the surprisingly revealing teaser video posted by the automaker a while ago. VW is fashionably late to this niche and will aim to capitalise on the high demand these oddly shaped vehicles are enjoying all over the world. The trend started off with premium models, but it has trickled down to mainstream cars such as the Renault Arkana and other crossover beaten with the coupe stick.

The new Nivus won’t stray away too far from VW’s design language as it will remain faithful to the T-Cross, but obviously with a sloped roofline to enable what some consider as being a sleeker side profile. The interior cabin remains a mystery at this point, although we’re not expecting anything significantly different compared to a T-Cross or a Polo.

VW South America has already released some technical specifications about the Nivus, mentioning it will be sold exclusively with a front-wheel-drive layout. Power will be provided by a turbocharged three-cylinder engine hooked up to either a six-speed manual transmission or an automatic with the same number of gears. With the stick shift, the 1.0 TSI will be good for 114 bhp while the auto Nivus will offer 126 bhp.

Even more VW SUVs are coming:

VW SUV Coupe Concept wants to be both