The chunky SUV is getting a go-faster version.

Mercedes’ go-faster AMG 35 version of the GLB small SUV has gone on sale in the UK ahead of the first customer deliveries this summer.

Priced from £48,665, the chunky 4x4 gets the same 2-litre turbocharged petrol engine as its smaller sibling, the AMG A 35 hot hatchback. That means there’s 302 bhp at the disposal of the driver’s right foot, and that’s sent to all four wheels via an eight-speed automatic gearbox. Together, the system allows a 0-62 mph time of 5.2 seconds and an electronically limited top speed of 155 mph, while the car returns 32.5 mpg.

More on the new Mercedes GLB: 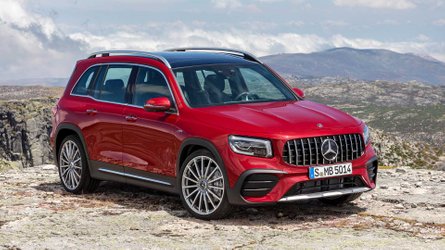 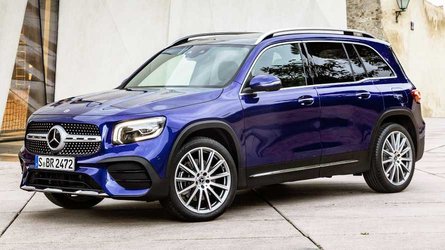 But that power is not all that your £48,665 pays for. As standard, the GLB 35 comes with the MBUX multimedia system, complete with a 10.25-inch touchscreen and a similarly sized driver display. Augmented reality navigation, which lays directions over a live camera feed of the outside world, is included, as is wireless phone charging and LED headlights.

Buyers get some less high-tech features, too, including a panoramic sunroof, matt black 20-inch alloy wheels and heated front seats with position memory settings. A Burmeister sound system is standard, too, while the car rides on AMG sports suspension with adaptive damping.

All that is in addition to the AMG bodykit, with a more aggressive grille, sportier bumpers and a small rear spoiler atop the tailgate. And unlike the smaller GLA, the GLB 35 gets space for seven people courtesy of two seats in the boot.

The GLB 35 gets a host of driver assistance systems, too, with the Driving Assistance package featuring as standard. That pack incorporates parking assistance, radar cruise control that maintains a safe distance to the vehicle in front and route-based speed adjustment, which automatically slows the car for roundabouts, bends or toll stations. Lane keeping assistance and autonomous emergency braking, which automatically brakes if the car detects an impending crash, also feature.

Yet there’s still room for optional extras – not least when it comes to paint. Metallic paint is a £595 option, and you get a choice of six colours. However, the Designo Patagonia red metallic paint costs £795, while the Designo Mountain Grey Magno, which is exclusive to the GLB 35 model, costs a whopping £1,795.

The GLB 35 was first revealed in August, but prospective buyers have had to wait until now to specify and order the go-faster variant at Mercedes-Benz dealers. Those that do put a deposit down will have to wait until the summer before the car arrives on their driveway.