Volkswagen Up! GTI hot hatchback has returned to the UK 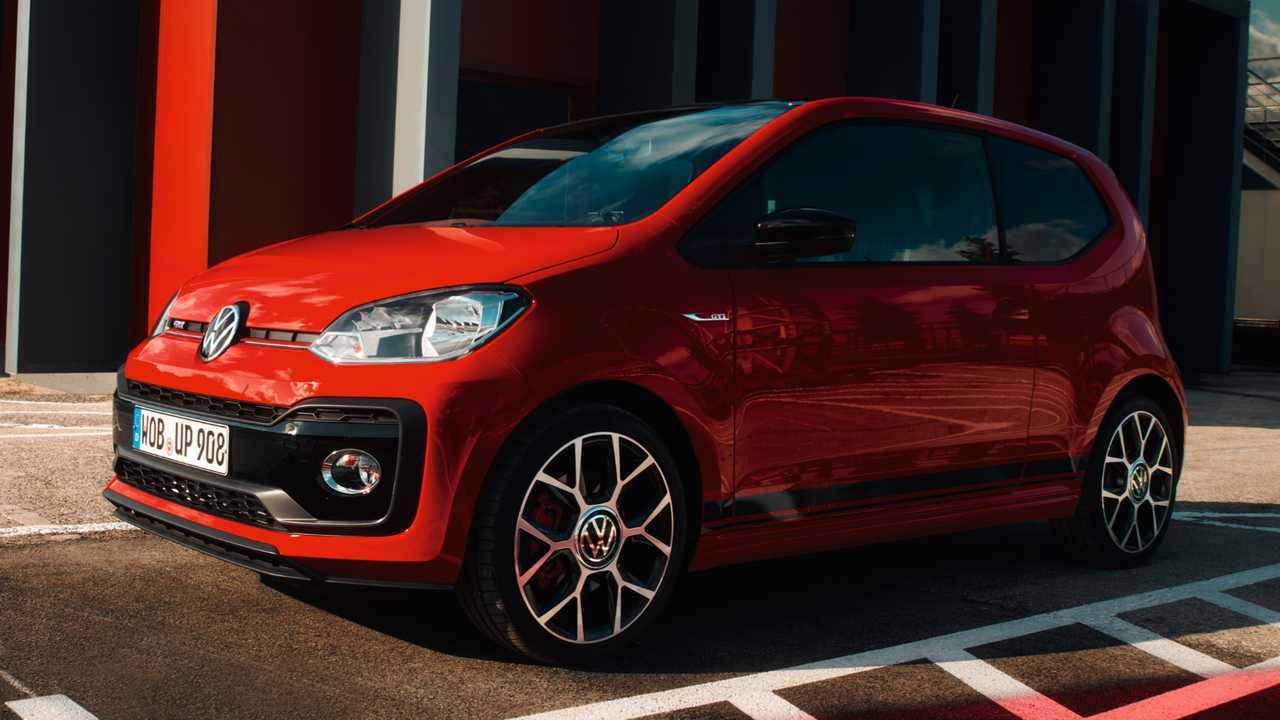 The tiny hot hatch is back now available to order alongside updated Up! range

The Volkswagen Up! GTI hot hatchback has returned to sale in the UK amid a host of upgrades for VW’s little city car.

New safety equipment, fresh trim levels and a new badge all feature on the 2020 Up!, while a new e-Up! Electric version will also arrive later this year. Until then, customers will have to make do with the petrol-powered, Up!, which is available to order now with prices from £12,440 on-the-road.

That money buys you the eponymous base model, which comes with 15-inch alloy wheels, a five-inch infotainment screen and a DAB radio. It also allows your smartphone to be used as a navigation system, and customers get a choice of three- or five-door bodies. Under the bonnet, though, there’s just one option: a 59 bhp 1-litre petrol engine.

Alternatively, you could go for one of the new Black Edition or White Edition models (below), which are marked out by their roofs, mirror housings and dash pads, painted in the corresponding colour. The cars also get larger 16-inch alloy wheels with black or white highlights, and come in five-door guise only.

Further up the Up! range is the Beats specification, which gets 15-inch alloy wheels, red or black mirror housings and Beats badging. However, the highlight that gives the car its name is the 300W Beats Audio sound system complete with a subwoofer under the boot floor.

A new addition to the range is the R-Line model, which gets sporty touches including 16-inch black alloy wheels, black-painted door housings and a roof in the same colour. The car is identified by its sporty bumpers, too, as well as its lowered suspension. More subtle tweaks, however, include heated front seats.

The pinnacle of Up! ownership, though, is the Up! GTI. Apart from the basic Up!, it’s the only model in the range to get a choice of three-door bodywork, but it’s the 17-inch alloy wheels, GTI badging and tartan upholstery that single it out. It also gets the more powerful 113 bhp turbocharged petrol engine, allowing a 0-62 mph time of 8.8 seconds.

Lisa Hartley, Up! product manager at Volkswagen UK, said the new model was perfect for both car enthusiasts and mainstream buyers.

“The up! GTI is the perfect example of Volkswagen catering for enthusiasts and regular car buyers alike,” she said. “The GTI has attracted numerous fans thanks to its unique blend of everyday practicality and usable performance – in 2018 it won GQ’s ‘Scream If You Want To Go Faster’ award. So we haven’t messed with the formula.

“Simplicity is the word for the Up!, with a rationalised specification range, and streamlined engine line-up reflecting its versatility. The addition of new technologies sees the Up! range continuing to set the standard for the city car class. Despite its small size, it is a great example of how Volkswagen offers more customer choice than its rivals, with economical and stylish petrol options, a fully electric model and a highly-acclaimed hot hatch all within the same model range.”