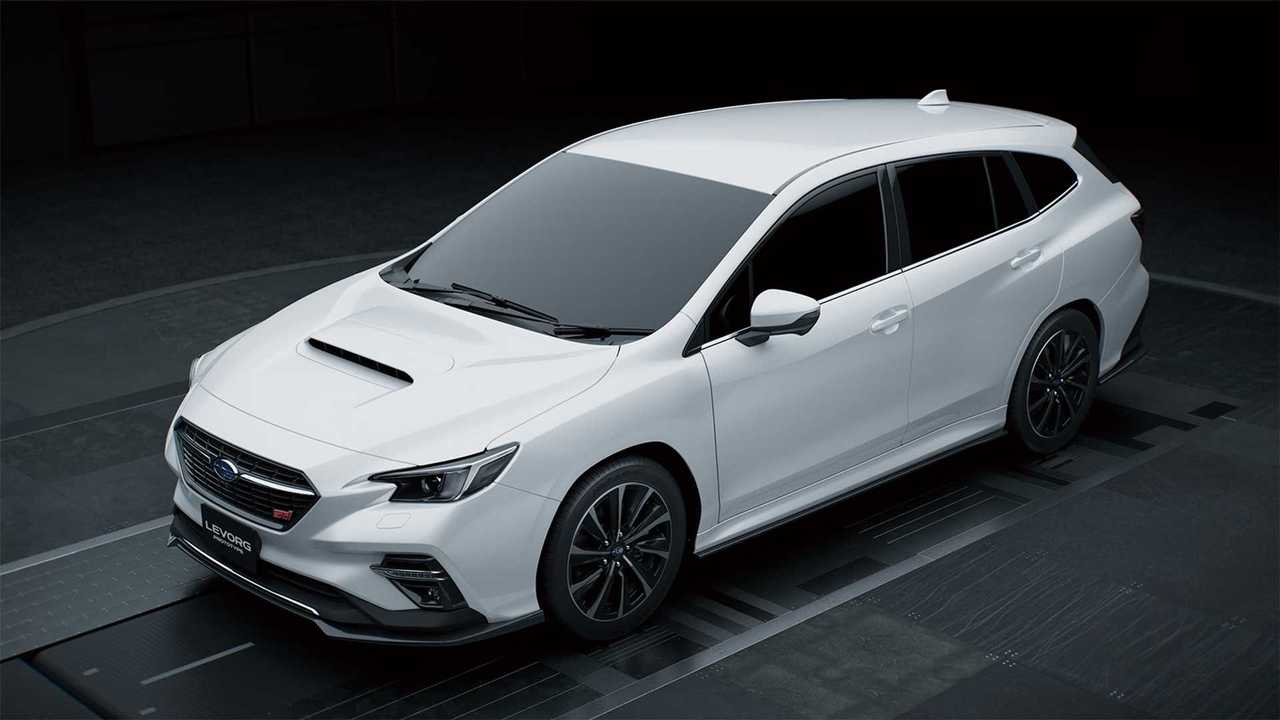 Think of it as the WRX wagon that Subaru doesn't sell in the U.S.

If you’re familiar with the Japanese Domestic Market (JDM) scene, you probably know Subaru has been selling an STI Sport version of its Levorg for several years. The desirable estate tweaked by Subaru Tecnica International went on to receive an update in 2019, and now Subie is previewing the next-generation car at the Tokyo Auto Salon.

The only actual info released by Subaru has to do with the prototype’s electronically controlled dampers representing a premiere for the company. We also get to learn the Levorg STI Sport is the first Subaru to feature a “Drive Mode Select” system, which as the name implies, allows the driver to pick from several modes that change the settings of the all-wheel-drive system, steering, and engine.

Other details remain shrouded in mystery, but we do know from the regular Levorg it rides on the Subaru Global Platform inaugurated in 2017 with the Impreza. While there’s no word about power, the outgoing Levorg STI Sport offers as much as 296 bhp and 295 pound-feet of torque from a turbocharged 2.0-litre petrol engine.

When Subaru unveiled the regular Levorg prototype, it said something about a newly developed turbocharged boxer engine with a 1.8-litre displacement, direct injection, and lean-burn tech. The horizontally opposed mill generates “strong torque,” although an exact number has not been revealed.

Subaru Levorg STI Sport is the estate we want, but can’t have

Much like it was the case with the standard Levorg when it debuted at the Tokyo Motor Show in October 2018, all of the STI Sport’s windows are blacked out. It’s likely a sign Subaru is not willing to show the interior cabin just yet, but we do know the new estate has the next generation of the company’s EyeSight with a better stereo camera offering a wider viewing angle. It works with four radars mounted in the front and rear bumpers to offer an improved range for the pre-collision braking system.

The standard Levorg is scheduled to go on sale in Japan in the second half of 2020, and chances are the STI Sport will likely follow at some point in 2021.

The all-new Levorg is a performance wagon taking full advantage of Subaru’s latest technologies. With this vehicle, Subaru envisions creating “a future that everyone can enjoy driving at their fullest, at their will” in an era where autonomous driving technology is widely spreading.

For all its customers who put faith in the brand, Subaru is developing the all-new Levorg with the aims of “realizing a future where everyone can truly enjoy driving in a car that enriches the life of the customer.”

Based on Subaru’s “Grand Touring philosophy,” which is pursued among engineers to develop a car that allows the driver and passengers to ”go further with more comfort, safety and enjoyment that makes them feel like time is flying,” the all-new Levorg features various cutting edge technologies and has been developed as a symbolic model of the new generation of Subaru.

The all-new Levorg Prototype STI Sport features electronically controlled dampers for the first time in Subaru. These dampers enable the vehicle to deliver quality feel and sporty feel in driving, both at the very high level. It also employs another Subaru-first “Drive Mode Select” system, which allows the driver to select the driving characteristics of the vehicle with just a push of a button, depending on driver’s preference and mood. The system controls setting of power unit, steering, dampers and AWD system. With this system, the car can provide more engagement and enjoyment to driver.