Norris has 'strong list' of things to improve in 2020 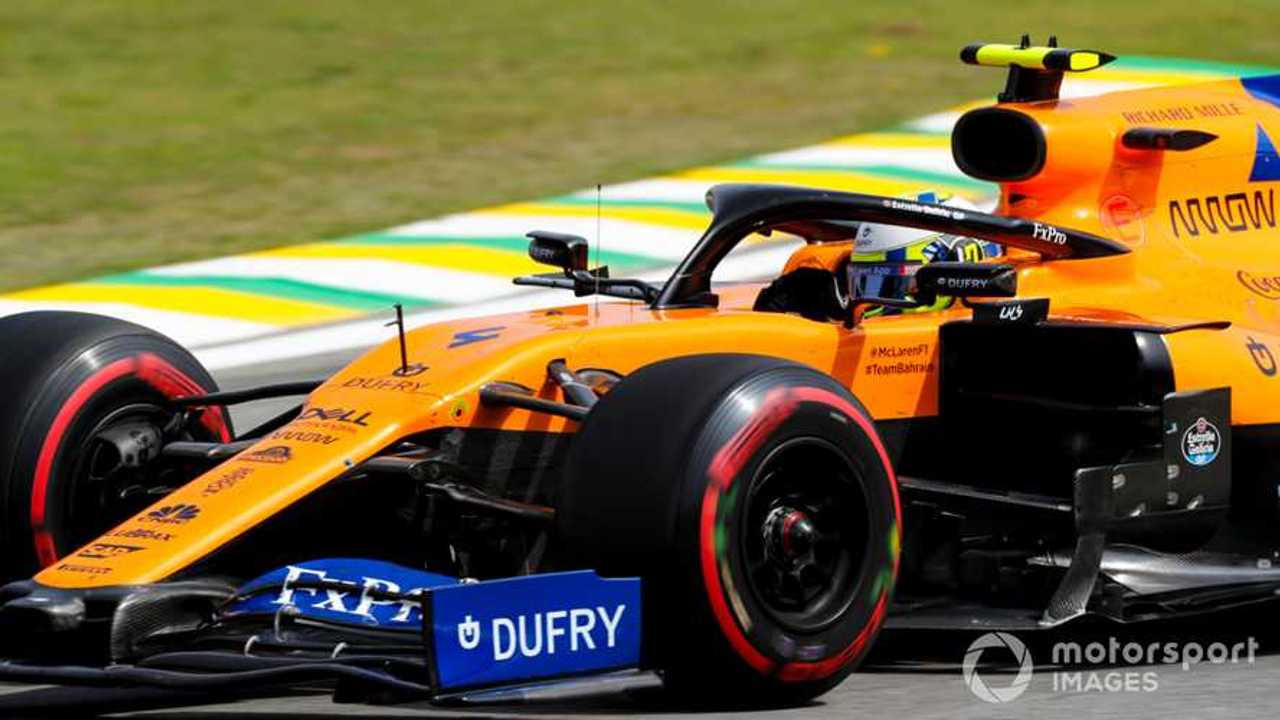 Lando Norris says he has a "strong list" of areas to improve on ahead of his second Formula 1 season with McLaren in 2020.

Norris's debut year included standout performances in Bahrain and Austria, where he topped F1's midfield in sixth position, but ultimately his campaign was marred by bad luck and he finished 47 points adrift of his standout teammate Carlos Sainz, the latter sixth in the championship while Norris took 11th .

The key areas to improve, according to Norris, are in his driving and in learning more about the McLaren car, which he thinks Sainz used to his advantage in 2019.

"I think there is a general few things that are repetitive on some weekends, when we get to qualifying, how Carlos finds his time and how good he is at adapting to track conditions and everything. Things like that," Norris told Motorsport.com.

"One of the biggest things I'll be working on this winter is my knowledge of the car, how it works, not just how to drive it faster around corners or brake later or whatever.

"The set-up and everything like that, how to improve more as a package and the car work better for me and me work better with the car."

He added: "But then there's some things in driving as well that I know I need to improve and every weekend it's kind of similar things, I get a little bit better at but not enough.

"So when it comes to next season I can put it together again, same as other things. I'm able to use those different techniques in different corners and different tracks. Some things are repetitive, somethings are just more knowledge and a bit of everything. I think I have a strong list of what I need to work on."

Coming into F1 after his runner-up season in Formula 2, Norris has been surrounded by a new group of people.

He says the rollercoaster year he had in 2019 has brought the team closer together, and helped it learn ahead of next season.

"I'm happy with the progress I've made, the progress we made, my engineers, the team I work with, and I think it's put us in a much better position for next year," Norris added.

"It's not like we're only ever focusing on driving, it's been a lot of the off-track stuff away from the track as well.

"We've been trying to keep on top of and improve at the same time.

"Formula 1 isn't just a game of who can drive the best, there's a whole package you need. "Some of the time it's just been focusing on all these different areas.

"Having up and down races and everything this year but hopefully being able to put everything together for next year when it's going to count even more."