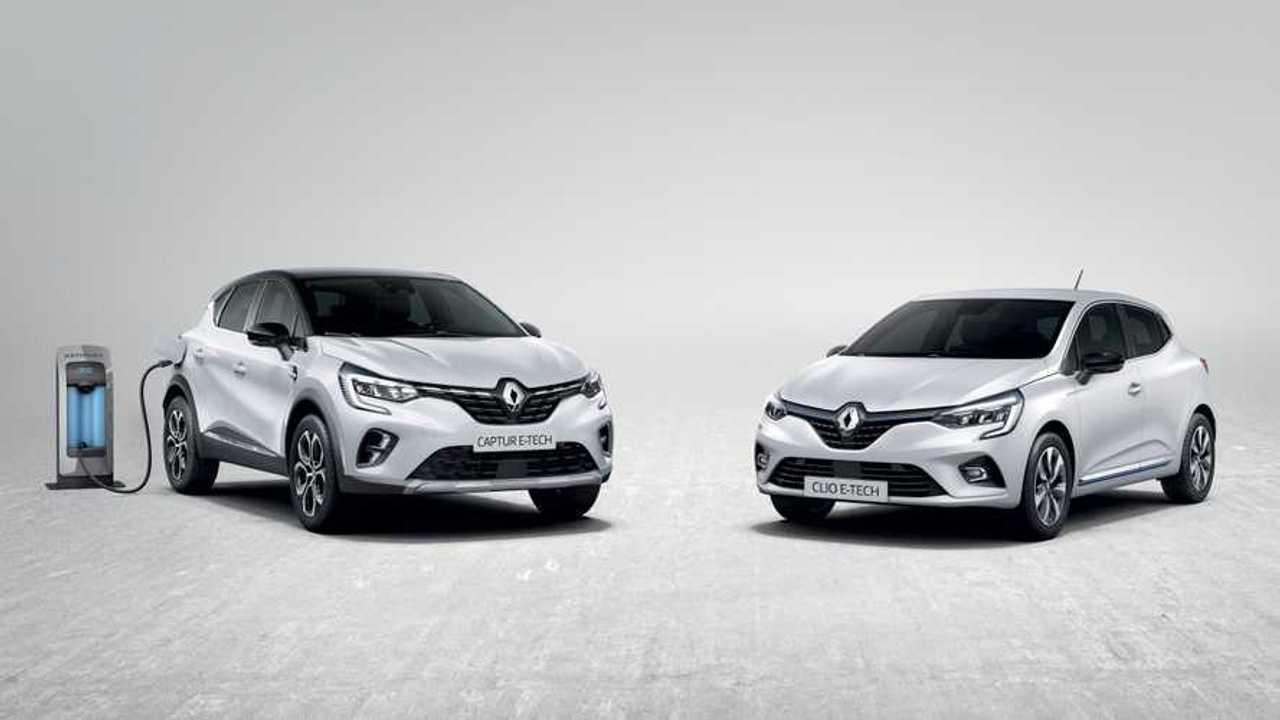 The two eco-friendly variants are will eventually be joined by a plug-in hybrid Megane.

Renault is showing off hybrid versions of its new Clio and Captur models at this week’s Brussels Motor Show, before the cars arrive in the UK in June.

The Clio E-Tech will be a conventional hybrid, combining a petrol engine with an electric motor to reduce emissions and improve economy. The Captur, meanwhile, will come with a plug-in hybrid system that allows the car to be used as an electric vehicle (EV) on short journeys, while still allowing the flexibility of an internal combustion engine on longer trips.

Based on the recently reworked Clio, the new Clio E-Tech will be the smaller of the two cars, and it will come with a smaller battery that’s designed to power the car only in urban environments. In fact, Renault says its hybrid system allows the car to use electric power for up to 80 percent of the time in urban environments.

The electric motor can even take the car up to speeds of 38 mph before the 1.6-litre petrol engine has to kick in and take over. Renault claims this system not only allows CO2 emissions of less than 100 g/km on the new and more stringent WLTP economy test, but also “unparalleled dynamic responsiveness”. Although full performance figures have not been released, Renault says the Clio E-Tech Hybrid will manage 50 to 75 mph in 6.9 seconds.

The Captur E-Tech Plug-In Hybrid is also based on the latest iteration of the breed, with the new Captur revealed just last year. Now, though, Renault has fitted it with a 9.8 kWh battery that allows the car to travel up to 30 miles on electrical power before the petrol engine takes over.

Unlike the Clio E-Tech Hybrid, the Captur’s battery can be recharged like that of an electric car, so it can theoretically operate as a full EV, providing it is used only on short journeys. For example, someone with a 10-mile commute could use the car only on electric power during the week, but would still have the back-up of a petrol engine for longer journeys.

To control this clever powertrain, the Captur E-Tech Plug-In Hybrid comes with a range of driving modes that allow the car to use its motors in the most efficient way, or stick to electric power alone. In Sport mode, meanwhile, the car will use both motors to provide extra power, and there’s an E-Save feature that maintains the battery level for use later in the journey. As a result of all this, the car is expected to manage 188 mpg on the official economy test, while CO2 emissions are predicted to hit 34 grams per kilometre.

Pricing for the two new models has not yet been announced, but full specifications are expected closer to the cars going on sale this summer. Renault has also promised to reveal a new plug-in hybrid version of the Megane hatchback “soon”, although there’s no word on when that might be.