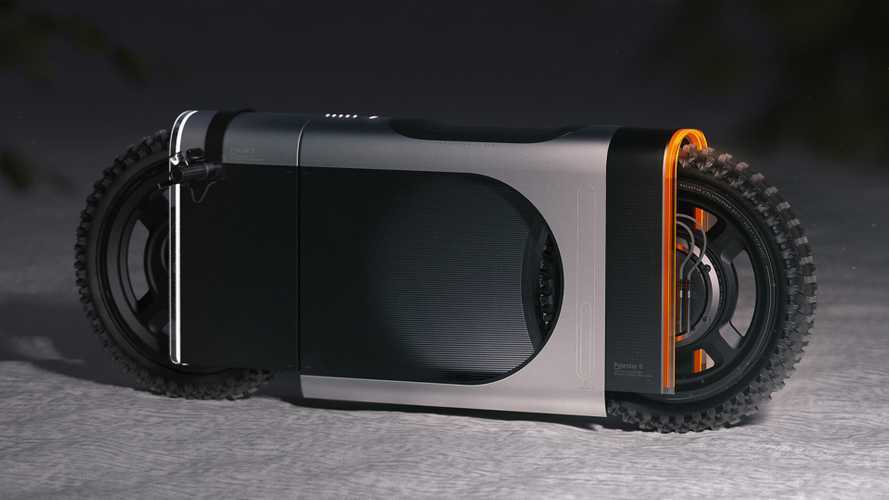 Automotive designer Arthur Martins has worked with some familiar manufacturers like General Motors, Citroën, and Volkswagen—none of which are known for motorcycle. Still, when you dream up new concepts for a living, sometimes you just have to go where inspiration takes you. Martins has created motorcycle magic before, like the Audi Bullcycle concept, but his newest work is like nothing we’ve ever seen. Friends, meet the Polestar SLR.

This electric motorcycle concept has zero to do with single-lens reflex cameras, and everything to do with being a Salt Lake Runner. That, in fact, is the entire design conceit—the simple, minimal, purely aerodynamic intentions of a land speed racer, as filtered through Scandinavian minimalist design philosophy.

Who needs to worry about turning or handling if all you’re doing is going in a straight line? Setting land-speed records doesn’t usually require much ground clearance, either, so that’s out the window. If your final design resembles an overgrown USB stick with knobby rubber tyres at either end, it’s hardly a problem.

As you can see in one image, the charging port for this electric design is located under the flush-mounted saddle, so you can stretch your legs while your bike is juicing back up. Then you can take another speed run—perhaps, from pole to pole? On this bike, you’d automatically have pole position every time, amirite? I’ll be here all week. Try the veal and tip the waitstaff, please.

Ah, but seriously, it’s an electric concept that’s only meant to do one thing: go blindingly fast in a straight line. Since it’s a concept, it doesn’t yet, strictly speaking, have to be completely practical. Martins notes that it’s a work in progress, so some details may change along the way. Still, it’s pleasing to note that he’s solved one problem some people don’t love about electric bikes: hiding the massive bulk of their batteries.

By making a design that appears slim, but is effectively a rounded rectangle, Martins circumvents that particular issue. He mentions on his Behance page that he’s working on a street-legal version of this design as well, and it’s not clear what kinds of changes would be in play on such a bike.

Is it an electric design best suited for your future racing robot brigade? Maybe. But you’d totally race a robot. At least, I would.