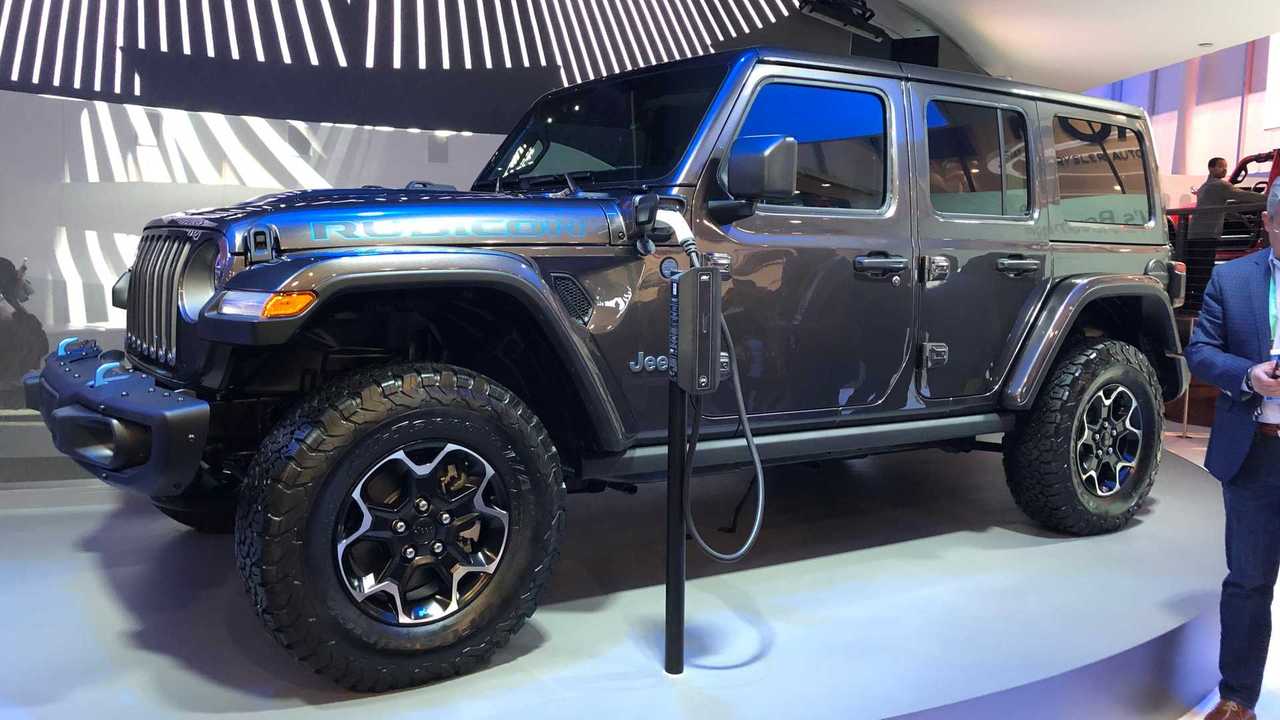 It's our first official look at the electrically infused off-roader.

Without a major auto show in Detroit for January, automakers such as Jeep are turning attention to the Consumer Electronics Show in Las Vegas. Three plug-in hybrid models are on display at the event, giving us a glimpse into Jeep’s electrified future. Two of these vehicles – the Renegade and Compass PHEV – we’ve seen previously at the 2019 Geneva Motor Show. The Wrangler PHEV, however, makes its public debut right here in Vegas. Sort of, anyway.

Jeep plans to offer some kind of electrification on all its models by 2022, but full disclosure on the Wrangler PHEV is still forthcoming. In its press release for CES, Jeep explains that more information on these three vehicles will come later in 2020, specifically at major auto shows for Geneva, Beijing, and New York. In the meantime, we at least get a look at the new Wrangler plug-in hybrid on the show floor in Vegas.

That’s not to say there isn’t any information floating around for these SUVs. The Renegade and Compass hybrids offer a 1.3-litre turbocharged engine paired with an electric motor to generate between 190 and 240 horsepower, though the power ratings have yet to be finalised. In all-electric mode, both models have a range of approximately 31 miles with an EV top speed of 81 mph. The SUVs will also gain special instrumentation inside, but other details haven’t been revealed as-of-yet.

Byton puts digital experience ahead of driving at CES

Whether the Wrangler shares the powertrain from the Compass and Renegade or utilises something else is still unknown. Of the three shows mentioned above, the 2020 Geneva Motor Show is first on the list in early March so it seems we still have a few months of mystery with regards to the first-ever electrically infused Wrangler.