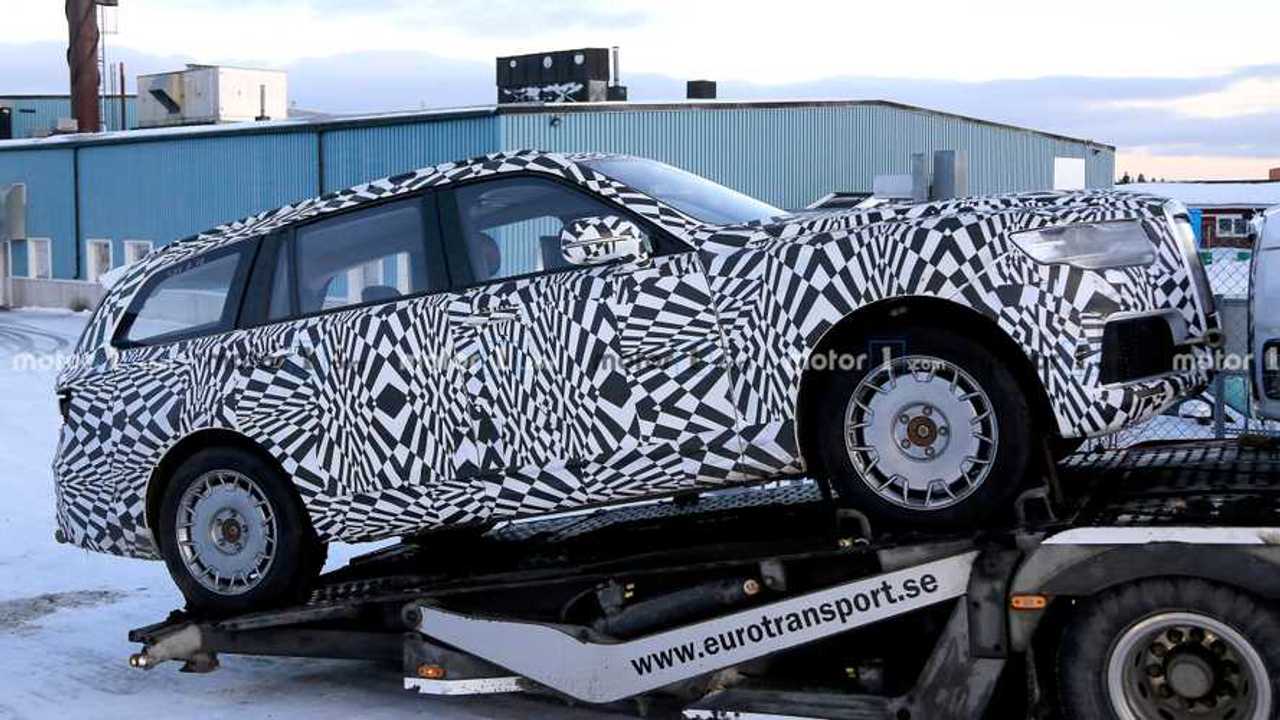 It was caught on a trailer sitting next to the company's new MPV and stately saloon.

Russia’s homegrown automaker Aurus wants to grab a slice of the SUV pie that the no-frills Lada Niva can’t get to by introducing a far more upscale product. It’ll go by the name of Komendant and has been spied for the first time resting on a trailer somewhere in northern Scandinavia. It wasn’t all alone as you can easily see the SUV was joined by the Senat saloon and the large Arsenal MPV.

It appears we’re looking at an early prototype taking into account it’s missing the final taillights and that dual exhaust system just doesn’t look right without some nice finishers. From some angles, we can observe the Komendat was missing the interior trim on the A- and D-pillars, while the front door cards had a rather basic look unlikely to be found on the production model.

With the Komendant essentially being an SUV variant of the Senat, both the exterior and interior design should not come as a big surprise as it has been largely carried over. It’s especially true on the inside taking into account the dashboard looks borderline identical. Stepping outside, the saloon's silhouette has been modified at the back to obtain the SUV shape, but the vehicle’s styling will be taken from the luxobarge, right down to those alloy wheels.

Much like the Senat, the new Aurus Komendant is being developed by the Central Scientific Research Automobile and Automotive Engines Institute (abbreviated as NAMI). It will be equipped with a 4.4-litre V8 engine producing 598 bhp and a massive 880 Newton-metres (649 pound-feet) of torque. The punchy combustion engine will work together with an electric motor providing 62 bhp, a nine-speed automatic transmission, and an all-wheel-drive system.

Here's what you need to know about Aurus:

According to Russian news agency TASS, Aurus actually kicked off road-testing of the Komendant back in August 2019 with about five prototypes. Series production of the imposing SUV is slated to start in 2022, following the rollout of the saloon and MPV.