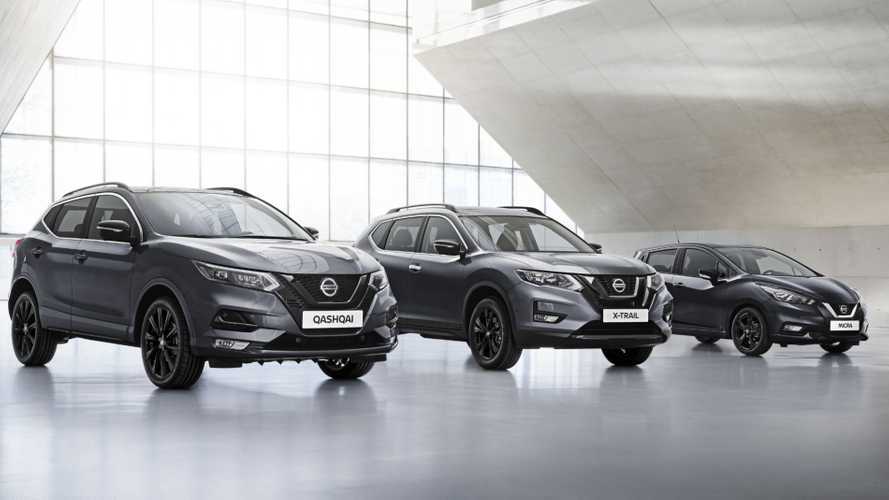 The new N-Tec models get design and technology upgrades.

Nissan has revealed new tech-focussed special editions of its popular Qashqai and X-Trail SUVs, as well as the Micra supermini.

Dubbed N-Tec, the new models get exclusive black styling tweaks, as well as a range of high-tech additions inside. There’s extra safety equipment on offer, too, but the new models will only be available in limited numbers.

The cheapest of the three cars is the Micra, which costs £16,995 in N-Tec guise. Based on the mid-range Acenta model, it comes with 17-inch black alloy wheels, gloss black trim and rear privacy glass. Front fog lights are thrown in as standard, too.

Inside, buyers will find the NissanConnect touchscreen infotainment system is included in the price, offering access to satellite navigation and the Apple CarPlay and Android Auto smartphone connectivity systems. Rear parking sensors and a rear-view camera are also part of the package, while on-board safety kit includes autonomous emergency braking that can hit the brakes automatically if the car detects an impending collision.

Sitting in the middle of the N-Tec range, despite commanding a price tag almost £10,000 higher than that of the Micra, is the Qashqai N-Tec. For your £26,475, you get a car that’s marked out by its 19-inch black alloy wheels and darkened LED headlights.

The interior, meanwhile, is adorned with Alcantara-trimmed seats, and like the Micra, the NissanConnect infotainment system is present and correct, again boasting Apple CarPlay and Android Auto. Finally, the Qashqai N-Tec also gets Nissan’s ProPilot driver assistance systems, as well as Intelligent Park Assist, which are features pinched the higher-spec Tekna trim.

Finally, the range is crowned by the larger X-Trail N-Tec SUV, which will be offered solely with the 1.7-litre diesel engine. However, customers will get a choice of two- or four-wheel drive, as well as the option of five or seven seats. Prices are yet to be confirmed, but Nissan says they are expected later this month.

Externally, the X-Trail will get similar visual cues to its little sister, the Qashqai. Like the Qashqai, it gets black gloss trim, such as the black door mirror caps and alloy wheels, although they are larger on the X-Trail, measuring 18 inches in diameter. The X-Trail also benefits from a dark chrome grille, though, as well as door sill protectors with illuminated N-Tec lettering.

Nissan says its new N-Tec editions will be available to order from this month, although the company has not confirmed any specific date.