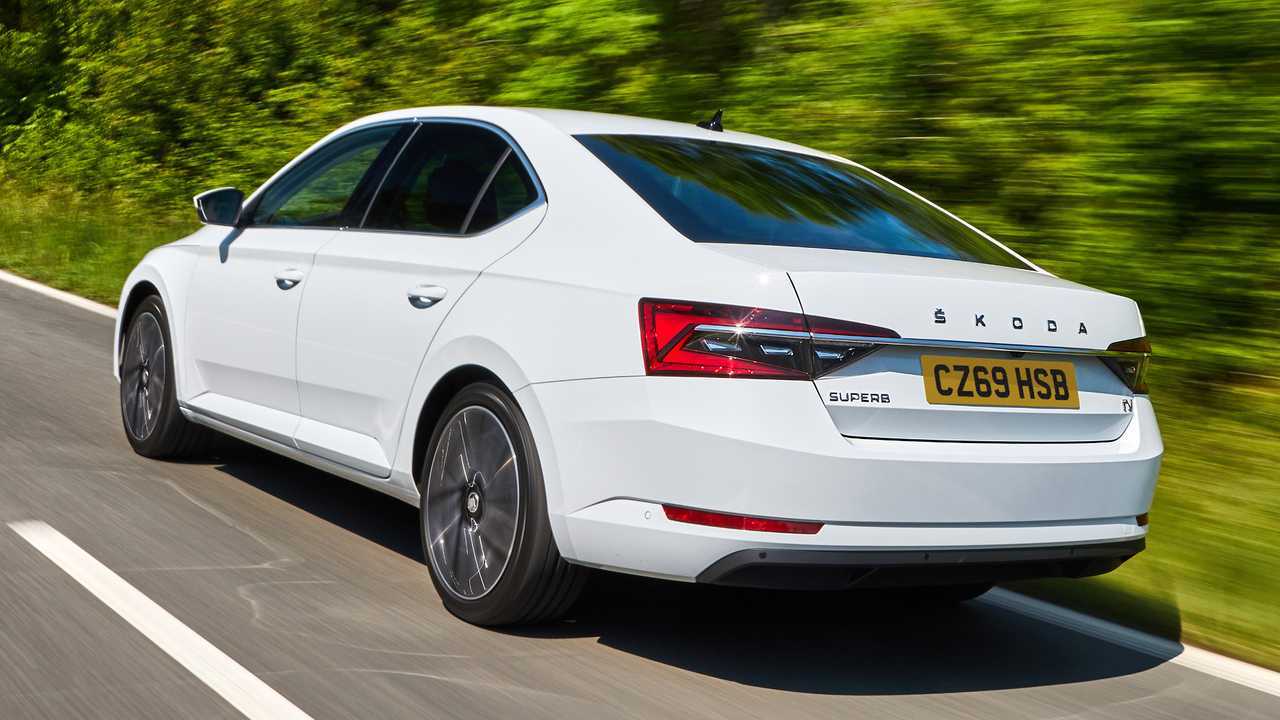 Skoda’s first plug-in hybrid car, the new Superb iV, is now available to order in the UK with prices starting at £31,970.

The Czech saloon-cum-hatchback, which uses a 1.4-litre petrol engine and an electric motor to provide a total of 215 bhp, can manage up to 35 miles from a single charge. Officially, it will emit “less than 40 g” of carbon dioxide per kilometre travelled, making it exempt from the Congestion Charge in London.

As well as the high-tech motor combination, the Superb iV will also be offered in a range of four different trim levels, with each providing different levels of sportiness and luxury. For your £31,970 starting price, though, you’ll be looking at the ‘entry-level’ SE Technology saloon, which is unashamedly aimed at company car drivers.

Satellite navigation is included in the price, while leather upholstery and 17-inch alloy wheels feature too. Two-zone climate control is also standard, along with heated seats and front and rear parking sensors. And, if you so wish, you can choose to have it as an estate, although that will set you back about another £1,300.

Further up the range is the SE L model, which trades a bit of extra money for a bit more equipment. Prices start at £34,755, but the more expensive estate comes in at £36,035. That money does buy you larger 18-inch alloy wheels and LED matrix headlights with “dynamic indicators”, though.

Then there’s the SportLine model, which, as the name suggests, is the sportiest offering in the pack. Externally, the car is set apart by gloss black styling touches and sports bumpers, while the dashboard is adorned with a larger touchscreen and a digital instrument cluster. As you might expect, though, this comes at a price - £38,490 to be exact, although that rises to £39,770 if you want the estate.

But the flagship car is the Laurin and Klement (L&K) model. It’s just a few hundred pounds more expensive than the SportLine, with prices starting at £38,960 and £40,240 for the hatchback and estate models respectively, but it prefers luxury over sportiness. There’s a Canton sound system, for example, as well as the three-zone climate control that allows rear passengers to set their preferred ambient temperature.

No matter which version you go for, though, you get the same charging performance. According to the manufacturer, charging the battery takes three hours and 30 minutes if you’re using a wall box with a charging output of 3.6 kW, and the car comes with a conventional three-pin charger and wall box charging cables stowed under the boot floor.