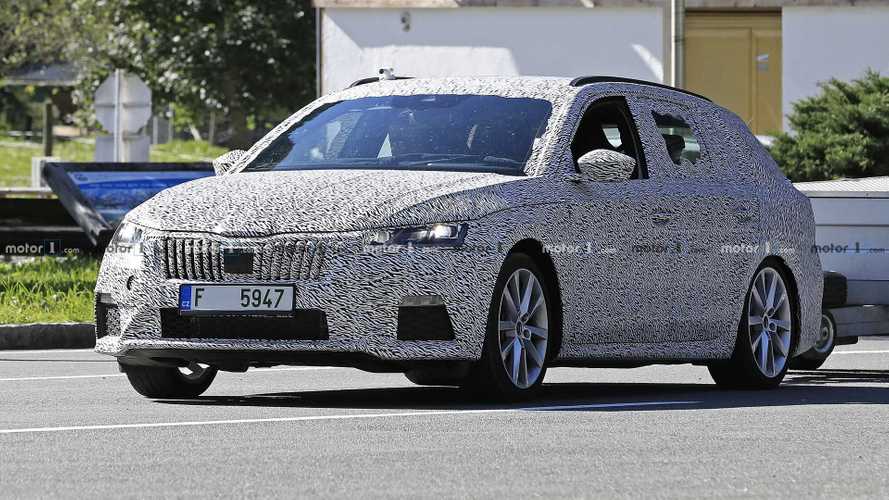 Joining the petrol and diesel versions, the PHEV model will be an automatic-only affair.

Skoda has already confirmed plans to introduce the hot RS and rugged Scout versions of its best seller in 2020, and now a new report attempts to shed some light on the more practical VW Golf GTI from the Czech Republic. According to Auto Express, the fourth iteration of the Octavia RS will be offered once again with a choice between petrol and diesel engines, liftback and estate body styles, manual and automatic transmissions, along with two- and four-wheel-drive versions. As a plot twist, the lineup will be diversified furthermore with the addition of a plug-in hybrid variant.

Get to know the revamped Octavia:

The British magazine claims the PHEV model will rely on the Volkswagen Group’s familiar 1.4 TSI found in the Golf GTE and Octavia iV teamed up with an electric motor between the gearbox and the combustion engine. The combined output is rumoured to surpass the 245 horsepower offered by the previous-generation RS 245, with torque expected to stand at roughly 400 Newton-metres (295 pound-feet) or slightly more than the 273 lb-ft (370 Nm) provided by the 2.0 TSI in the old petrol-fuelled Octavia RS.

But while horsepower and torque will likely increase, so will the vehicle’s weight as a result of adding all the extra hardware required for the PHEV system. That will consequently have a negative impact on performance as the electrified Octavia RS will likely be slower off the line than the conventionally powered model and probably not as sharp in the corners.

Set to become the most expensive Octavia ever, the plug-in hybrid RS will reportedly be offered exclusively with a dual-clutch automatic transmission. It’s expected to weigh about 250 kilograms (551 pounds) more than the regular petrol model and should offer approximately 30 miles (48 kilometres) of electric range thanks to a battery pack of at least 13 kWh.

For diesel fans, the VW Group’s 2.0 Bi-TDI with two turbochargers found in the Kodiaq RS seven-seat SUV has apparently been ruled out for Skoda’s equivalent of the Golf GTD, which means buyers will be stuck with the single-turbo EA288 diesel.

Auto Express mentions the Mladá Boleslav brand could unveil the new Octavia RS this spring at the 2020 Geneva Motor Show, but it’s unclear which version will be revealed first. It remains to be seen whether all three powertrains and both body styles will be available right away or Skoda will gradually expand the model’s lineup.