Plug-in SUV will manage 31 miles on a single charge.

The new plug-in hybrid version of Citroen’s C5 Aircross SUV will debut at the upcoming Brussels Motor Show, the French manufacturer has confirmed.

More on the Citroen C5 Aircross: 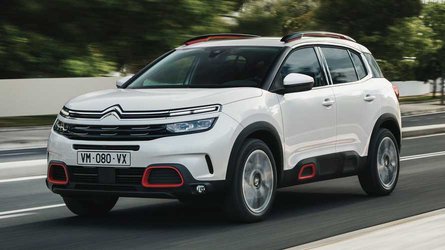 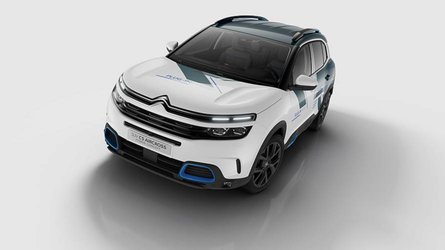 Officially, the newcomer will emit carbon dioxide at a rate of 39 grammes per kilometre and manage 166 mpg. However, this impressive figure is a weighted average and achieving it will depend on how the vehicle is used and charged.

Aside from the efficient powertrain, Citroen says the hybrid C5 Aircross will be the most “modular” car in its class, with three individual sliding, tilting and foldable rear seats, as well as “best-in-class” load space of between 460 and 600 litres. And the French company is also promising the same comfort features as the internal combustion-powered car, with the same Hydraulic Cushion suspension and the same Advanced Comfort seats.

The Citroen C5 Aircross Hybrid will start at £35,340 in the UK, and customers can register their interest on Citroen’s website. The first customer deliveries are expected in the first half of 2020.

The newcomer is one of the pioneers of a new Citroen initiative that will see 80 percent of the brand’s range come with an electric, hybrid or plug-in hybrid version by the end of 2023. By the end of 2025, the company says every new model in its range will offer customers the opportunity to buy an “electrified” variant.

As part of that, the company is promising six new electrified models this year, with the C5 Aircross Hybrid being the first. Then, Citroen says, it will offer an electrified model every year.

This drive for eco-friendly models comes as the PSA Group (of which Citroen is a key part) pushes its electrification forward. Sister firms Peugeot and Vauxhall have already launched plug-in hybrid versions of their 5008 and Grandland X SUV models, while the companies have also launched fully electric superminis. The e-208 and e-Corsa models were revealed last year.

At the same time, the group’s premium brand, DS Automobiles, has launched a plug-in hybrid version of its DS 7 Crossback luxury SUV. Then, at the end of the year, it launched the fully electric version of its much smaller DS 3 Crossback SUV.