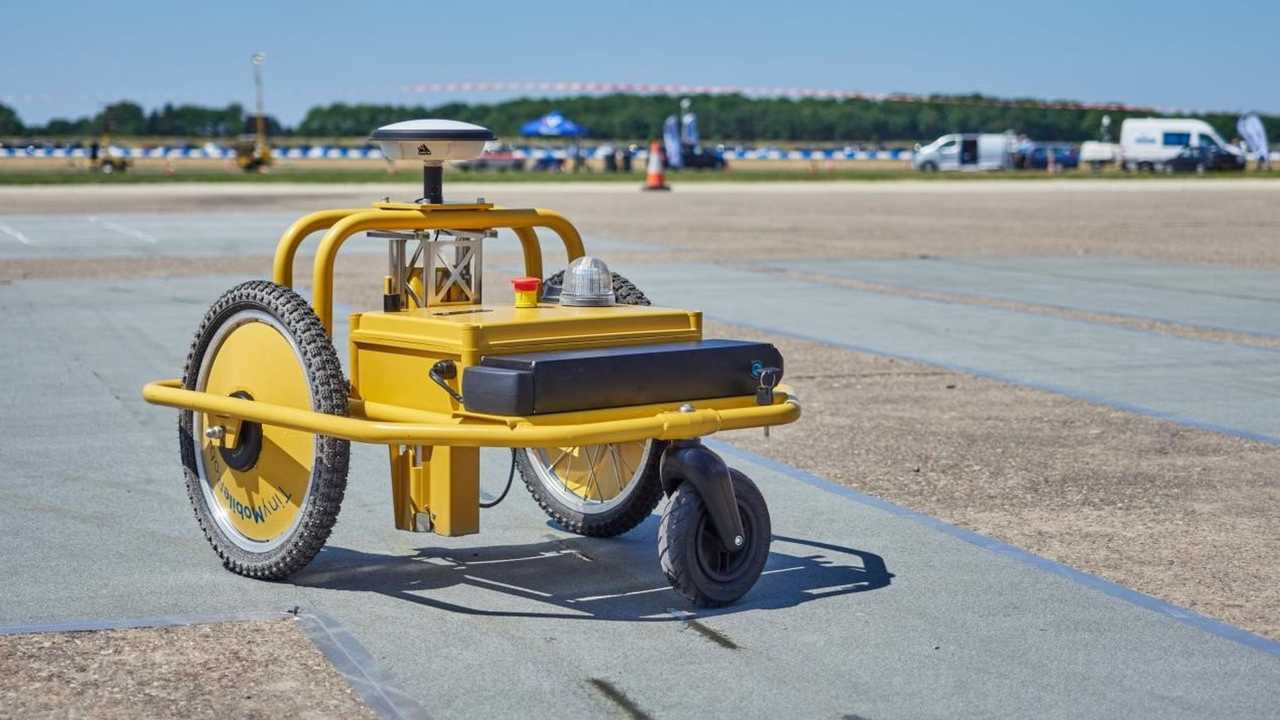 The robot has even written a New Year message to motorists...

The government-run organisation in charge of England’s motorways and major A-roads has enlisted the help of a line-painting robot to speed up roadworks.

Using clever positioning tech, the small three-wheeled robot marks out where road markings should be located on new or resurfaced roads. Highways England, which has used the robot on several projects in recent months, says the technology has “already saved hundreds of hours of working time”.

Ordinarily, pre-marking road markings requires workers to calculate the positioning of the markings and walk several miles to spray or chalk them on the road. However, although the robot cannot paint the final markings itself, it speeds up the process and reduces the risk of workers being involved in accidents. The robot is more accurate, too, and Highways England says it stops workers hurting their backs by bending down to pre-mark roads.

The government-run company has already used the robot on the A14 Cambridge to Huntingdon improvement, where autonomous dump trucks were also tested. The technology has been employed on the M6 in Staffordshire, where it pre-marked eight miles of road in four hours - a feat that would normally take two engineers a week to complete.

And the organisation says the robot has saved it time elsewhere, too. It marked three miles of hard shoulder on the M4 in Berkshire, saving 27 hours of labour, and five miles of the M6 in Warwickshire, saving workers 77 hours.

In fact, the robot has been such a success that specialist contractor WJ, which adopted the technology to complete the pre-marking, has invested in a second unit. Highways England claims the robot will help “contribute to the goals” of reducing congestion and improving journey times, while cost savings “can be used to provide more or better-quality road-building materials”.

“We’re always looking at innovative new ways of working, which can help road users, and make our projects more efficient while supporting improved engineering,” said Julian Lamb, construction director on the A14, where the robot has been used. “With safety our top priority, the time savings the robot can provide, coupled with removing our operatives from a potentially hazardous situation, make it a great solution.

“We’ve also been working with a self-driving dumper truck on the project, completing trials of these new technologies to help Highways England more deliver its ambitious programme of roads improvement quickly, safely and efficiently. These technologies are also supporting new jobs, with the engineers of tomorrow needing to learn new skills such as programming this autonomous equipment.”