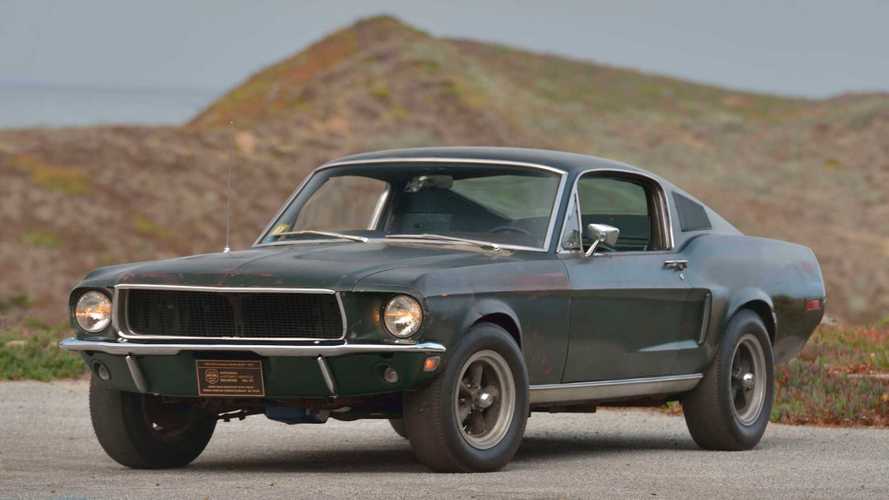 The movie legend could go for millions.

The iconic Ford Mustang from the Steve McQueen classic Bullitt will cross the auction block next week in Kissimmee, Florida.

The Highland Green GT390 will be sold on January 10 and could fetch as much as $5 million (£3.8 million), but is being offered without reserve at Mecum's first sale of the year.

The story of the Bullitt Mustang

"To say this is emotional is an understatement," the car's current owner Sean Kiernan said in an emotional Instagram post. "I don’t need to sell her, but I need her to get the best care available. Where she will be preserved, safe and continue to bring happiness to every car guy and girl for as long as possible."

"I’ve done my part and now it’s time for the next chapter," he added. "I hope that everyone I’ve met over the past few years since I’ve rolled my family secret out of the garage can watch or be a part of this monumental event on Friday January 10th."

Kiernan revealed the car to the world in time for Bullitt's 50th anniversary back in January 2018. He inherited the car from his parents, who bought it in 1974 for $3,500 after spotting a listing for it in Road & Track Magazine. The car was used as the family’s daily driver for several years until the attention that it attracted led the family to choose to hide the car away for over 40 years.

Following its reemergence it toured the world, visiting events like the Detroit auto show – where it helped unveil the latest version of the 'Bullitt Mustang' – and the Goodwood Festival of Speed.

During the Kiernan family's stewardship of the car they received several offers for the car, including from McQueen himself, but they held off selling the big screen icon until now.

Two Mustangs were used in the filming of Bullitt's legendary car chase – this car, and a lesser used stunt car which was found in Mexico back in 2017. The stunt car was driven for jump shots by Bud Elkins.

The car heading for sale though was the main car used in the filming and the one driven by McQueen himself. It remains in a completely unrestored state, and still features beefed up suspension and Koni shock absorbers, along with numerous camera mounts used for filming fitted by Max Balchowsky, a racing driver and racing car constructor, who modified both Mustangs for the production at the request of McQueen.

McQueen was also very hands-on in the process. According to Mecum, the actor 'considered the car itself to be a character', and insisted that all the badges and reversing lights be removed.

The car's chrome elements were also painted black or Highland Green, the grille got the black treatment too, and the stock wheels were traded for gray American Racing Torq Thrust wheels. The paintwork, these days showing a unique patina reflecting its 50-year story, was also scuffed to give the car a more rugged and realistic look for the film.

Gallery: Here's How The Bullitt Mustang Went From Hollywood To Mecum