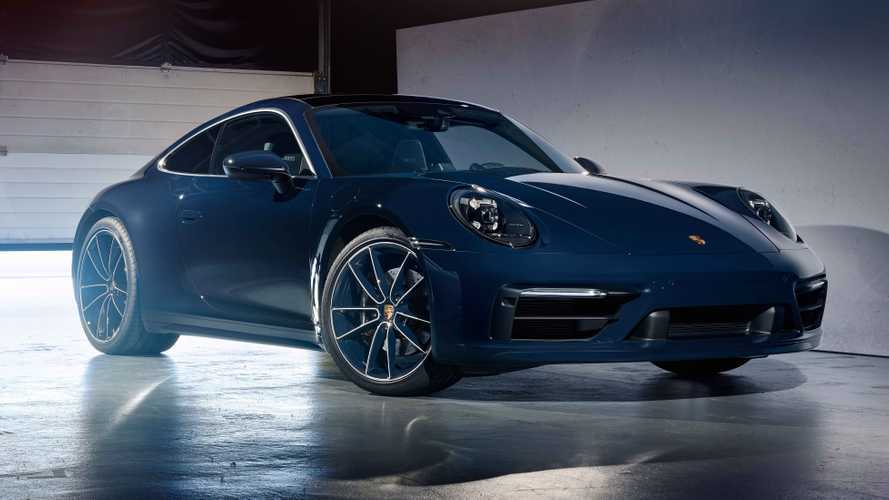 The Belgian Legend Edition is limited to 75 cars, one for each year since the race car driver's birth.

Born in Brussels on 1st of January 1945, Jacques Bernard "Jacky" Ickx is one of the most successful race car drivers of all time, with six 24 Hour Le Mans titles in his impressive resume. His first win in the legendary endurance race was in 1969 with a Ford GT 40 before he triumphed again in 1975 driving the Mirage GR8 Cosworth. He then went on to win driving Porsches in 1976, 1977, 1981, and 1982. The Stuttgart-based marque is now honouring the Belgium race car driver on his 75th birthday with a limited-run Belgian Legend Edition.

Based on the Carrera 4S and available exclusively in Belgium, it’s the first special edition from the 992-gen era and also the first to feature a Paint To Sample shade. It’s a unique “X Blue” colour also noticeable onto the 20- and 21-inch Carrera Classic alloy wheels where it has been combined with white accents. This two-tone look is not a random choice as it actually represents a nod to Jacky Ickx’s blue and white helmet.

The special 992 has been pampered by Porsche Exclusive Manufaktur and can also be visually distinguishable by the bespoke badge on the driver’s side B-pillar showing the race car driver’s signature as well as the Belgian flag.

The subtle tweaks continue inside the cabin where the carbon door sill guards proudly carry the “Belgian Legend Edition” lettering, while between the seats, the central armrest wrapped in leather has Ickx’s autograph. His signature has also been applied onto the key fob, which comes finished in the same colour as the car.

The Carrera 4S Belgian Legend Edition has a slightly different interior than the model upon which it’s based since it comes with 18-way sport seats with “911” logos on the headrests. It has also received Pebble Grey piping and leather on the back of the seats.

Pricing details have not been disclosed, but it goes without saying the Belgian Legend Edition costs more than the standard Carrera 4S Coupe available in Belgium from €131,381 (approx £111,600 at the current exchange rate). In the United Kingdom, the model kicks off at a significantly lower £98,418.