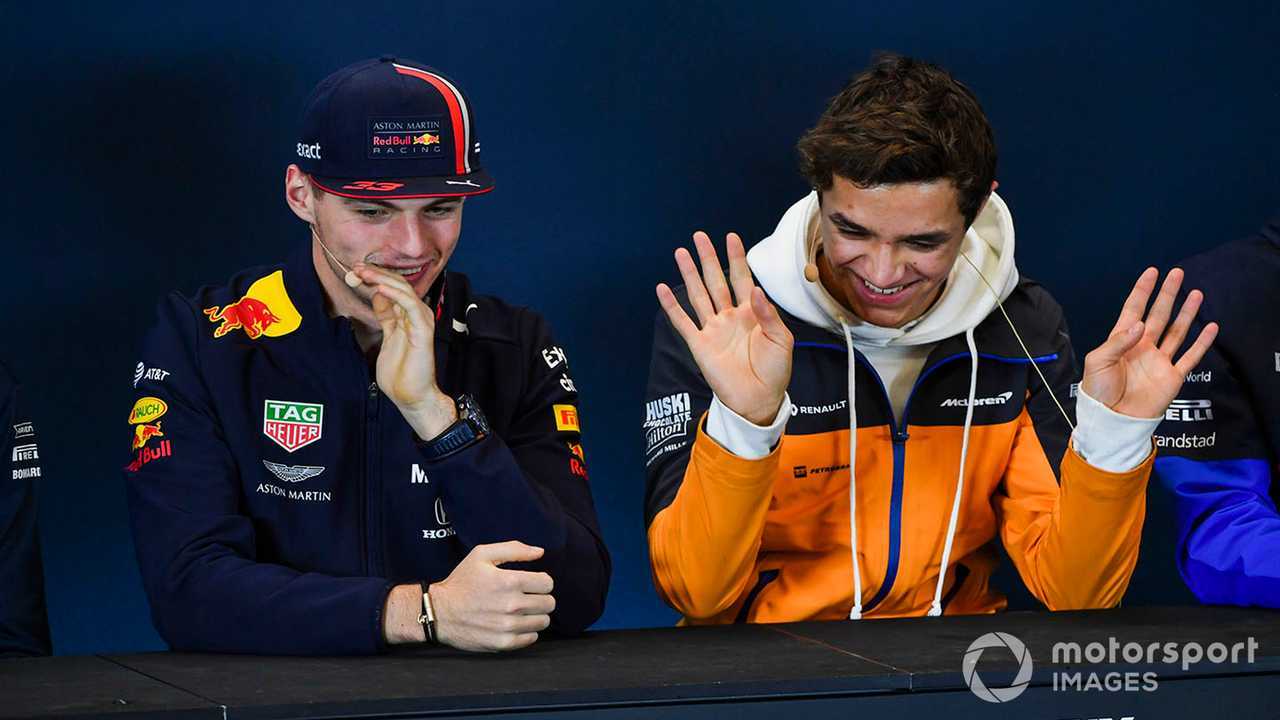 McLaren's Lando Norris says he was "too jokey" at times in his rookie Formula 1 season and needs to find a better compromise with more focus in his sophomore year.

Norris impressed in his first F1 season, although his points total of 49 and 11th place in the championship doesn't reflect how closely he ran his teammate Carlos Sainz, who was 47 points ahead in sixth.

Norris and Sainz have shaken up F1 with their bond off the track, while Norris's social media presence in particular has led to a huge fanbase early in his career.

It has also given F1 a boost at a time the championship is aiming to appeal to new and younger audiences, tapping into Norris's popularity with its own social media channels.

This rookie has a bright future in F1:

Despite acknowledging that he doesn't want to change as a person, Norris says there were times where he should have focused more in 2019.

"In some ways I think I've been almost been too relaxed, and had too much fun," Norris told Motorsport.com. "When it's become more serious, I haven't focused as much as I should do and so on, and worked on as many areas as I should do, I think I started to take [it] a little bit for granted.

"It's been good and I've been able to have fun in my first season, I've not just come in and been surrounded by too many serious things and people. At the same time I think that's also helped in my ability to work on several things and improve as a driver.

"Maybe sometimes I've pushed it a bit too much in terms of making it too jokey, and not focusing as much as I should.

"There's a compromise, I still just want to have fun sometimes, wear my own jumper [instead of McLaren team gear] and things like that."

As well as Sainz, Norris struck up a strong rapport with Daniel Ricciardo in 2019, the pair playing pranks and joking at press conferences at multiple races this season.

When asked if Ricciardo showed that it was OK for F1 drivers to show a fun side, Norris replied: "Yeah, but at the same time he's in his whatever [ninth] year of F1 and in his very few years of F1 I don't think he was as jokey and fun with everything compared to what he is now.

"Not because he wasn't [fun], but because he took it seriously and had to prove what he could do and then he was able to be more himself.

"I have to make sure I don't let people use what I do and who I am as an excuse - 'it's his first year and he doesn't take it too seriously'.

"Over time maybe I'll become more relaxed like him but I think I still have to look more serious from the outside sometimes than I'd want to be, just so people don't use things that aren't true as excuses."