The RAC is warning motorists to beware of their batteries going flat.

Motorists are being warned to beware of flat car batteries as they return to work after the Christmas and New Year break. 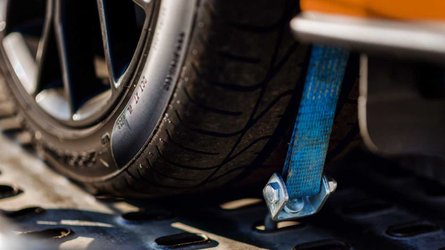 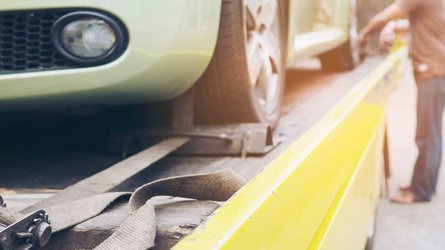 According to the RAC, the first Monday after the Christmas and New Year break is “traditionally” the organisation’s busiest day of the year for breakdowns, as drivers return to cars that have not been used over the holiday period and find the batteries are flat. The recovery organisation says vehicles with older batteries are likely to be at the most risk of a “New Year non-start” as the cold weather and inactivity combine to drain the battery.

This year, with the first Monday of the year falling on January 6, the RAC is expecting to be called out to around 12,000 breakdowns on that day. Nearly a third of those call-outs, the company says, are likely to be flat batteries.

Last year, January 7 was the first Monday after the break, and the RAC says it dealt with 3,600 battery-related breakdowns, which represented 31 percent of all its call-outs that day. Wednesday, January 2 was also busy a day for the organisation, which spent that day dealing with more than 2,400 flat batteries - 26 percent of the day’s RAC breakdowns.

New research carried out by the organisation found that six percent of the 3,480 UK motorists questioned have had a flat battery after Christmas. Of those, 58 percent said it was because the vehicle had not been used for several days, with 13 percent claiming to have fallen victim twice.

Four in 10 (40 percent) of drivers who had suffered this problem said the last time it happened they were on the way to work, and 17 percent say it caused “a big problem” for them. A more cautious 31 percent, however, say they take precautions to guard against getting a flat battery after the Christmas break. Among these, more than half (55 percent) drive their vehicles every day, while 22 percent use a special trickle charger to keep the battery healthy and 18 percent run the engine while stationary for a few minutes – something the RAC says can do more harm than good.

“Lots of people will be dreading Monday 6 January as the first day back at work after enjoying an extended Christmas break,” said the RAC’s patrol of the year, Ben Aldous. “Unfortunately for many, the start of their working year will get off to a very bad start when their cars won’t start.

“We are gearing up for the busiest breakdown day of the year in order to give our customers complete peace of mind should they be one of the unlucky ones. To avoid the ‘flat battery blues’ we recommend that drivers take their cars for a good run over the holiday period, perhaps to fill up with fuel. For those going back to work that Monday it would be advisable to make sure any cars that haven’t been used for several days start on New Year’s Day. That way, they will have plenty of time to sort the problem or call us out to help before the Monday morning rush gets underway.

“Experience tells us that it is often families with two or more vehicles that suffer most from flat batteries on the return to work after Christmas and New Year as they tend only to drive one over the festive period. At this time of year vehicles’ electrical systems have to work a lot harder because of needing to use lights and heated windows. The starter motor also has to work harder to turn over the engine on colder mornings, making a battery failure more likely.”