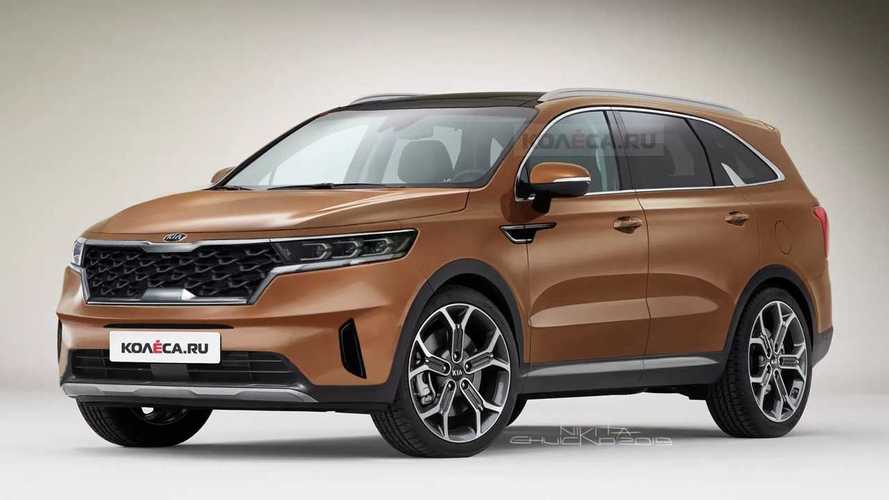 The Kia Imagine concept has a production version coming in 2021, too.

In an interview with Automotive News Europe, Emilio Herrera, Kia Europe's Chief Operating Officer, extensively discussed how the automaker is tackling the region's strict CO2 regulations. A portion of the interview focused on future products, and Herrera announced that a hybrid and plug-in hybrid powertrain would be among the options for the next-gen Sorento.

Spy shots already provide a good look at the next-gen Sorento. The styling looks fairly similar to the existing crossover but with a revised design at the front and rear. The grille appears narrower than the current model and connects to headlights that also appear to be smaller. Photos don't yet provide a good look at the interior, but expect there to be improved infotainment and active safety tech.

Look for the new Sorento to arrive for the 2021 model year. It's not clear whether the electrified models would be part of the powertrain range from the vehicle's launch.

Here's what to expect from the new Sorento:

Herrera also says that Kia has a production version of the Imagine EV concept coming in 2021. It wears coupe-inspired crossover styling, but don't expect the suicide doors from the show car to be on the road-going version. The 21 screens on the dashboard don't seem viable, either.

Kia has a vehicle with a hydrogen fuel cell coming in late 2020 or early 2021, according to Herrera. He says that the entire Ceed range has a mild-hybrid powertrain coming, too.