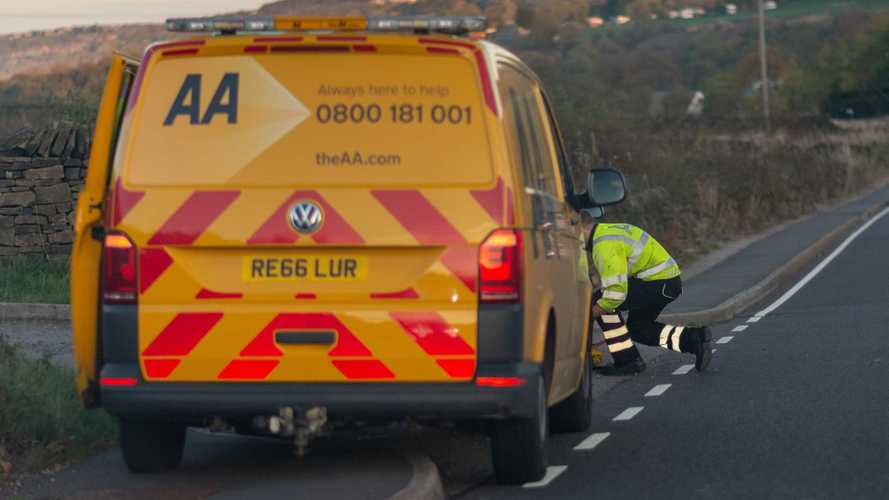 The AA has teamed up with location technology company What3Words to pinpoint broken-down drivers in unfamiliar locations.

The What3Words app has broken the world down into three-metre-square areas, each with a three-word name. For example, ///clean.wide.allows is Big Ben, while ///influencing.cope.nervy puts you in the centre circle at Real Madrid’s Santiago Bernabeu stadium. Now, though, the AA is using the technology to help its patrols track down stranded motorists.

More on the ways tech can help when you break down:

The AA says the technology is particularly useful for those ringing the AA’s call centre when they have broken down. Motorists using the AA app can use their phone’s built-in location equipment to bring a patrol directly to them, but those using more traditional methods may not have the same capability.

In such cases, callers will be invited to give the AA a What3Words location to pinpoint their position. For example, instead of saying, “I’m on the M6 near Seabridge, past a wood, heading south” customers can simply say the three words that correspond to their location - in this case, “audit twins cute”.

The AA says this is particularly useful on motorways or in towns where road names may be duplicated. For example, the capital, London, has 34 Victoria Roads, yet each What3Words address is unique. And any three-word addresses that sound similar have been placed a long way apart by the app developers.

Edmund King, the AA’s president, said the technology would be helpful for motorists who find themselves stranded.

“Breaking down in an unfamiliar location can be a daunting experience for anyone,” he said. “This simple solution helps drivers to identify where they are - and helps us find them even faster. By using the latest technology we are continuing to enhance our services. Using three everyday words might seem strange but is a smart way to get you back on the road.”

And Chris Sheldrick, the CEO and co-founder of What3Words, said the system was already proving effective with police, fire and ambulance services.

“Earlier this year, What3Words was rolled out by emergency services across the country,” he said. “One of the key areas that our system proved invaluable was on long stretches of motorways and unnamed rural roads. These locations can be incredibly difficult to describe and when responding quickly is crucial to keep people safe, the precision and ease of three words can save vital time in locating someone in need of help. The AA has been quick to see this same benefit, ensuring that their control rooms are trained to use What3Words to locate callers and dispatch help exactly where it's needed.”