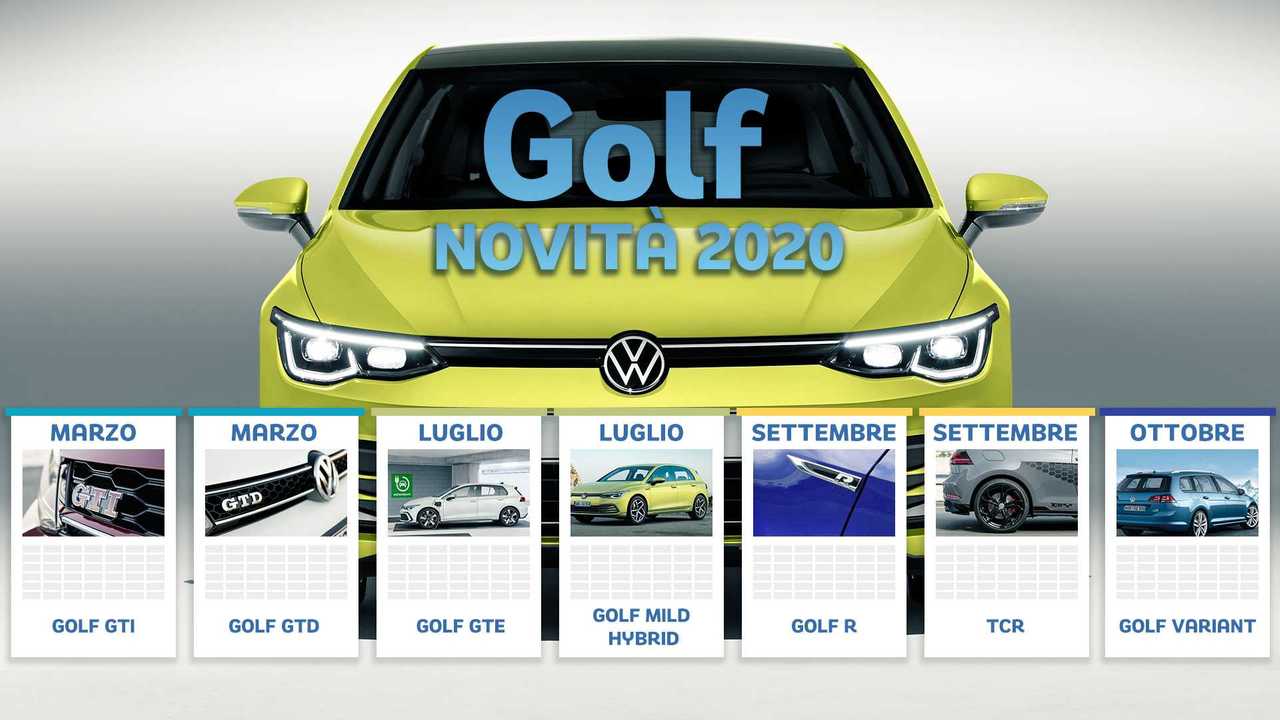 The rollout starts with GTI and GTD in the spring and ends in October with the estate.

In case you have just returned from an intergalactic journey without any possibility of contacting Earth, we have an update for you: the eighth-generation Volkswagen Golf 8 is here. The compact car from Wolfsburg, European bestseller, and one of the best-selling models in history, keeps the basic look of the previous generation but changes the design of the lights. There's also a thorough improvement in technology, including the infotainment, safety systems, and powertrains. Many more variants are on the way throughout 2020, and here's everything that we know is on the way.

The new Golf in action:

In spring 2020, the Golf GTI and GTD are on the way. For the time being, Volkswagen spokespeople aren't releasing official details about this sporty pair, but it's possible to draw some tentative conclusions.

For the GTI, the new generation would likely provide more than the 241 bhp from the existing Performance model in Europe. It would be front-wheel drive and offer buyers a six-speed manual or a seven-speed dual-clutch transmission.

The GTD, the sporty Golf with a diesel engine, should reach 197 bhp with the new 2.0 TDI. Also, there would be the only front-wheel drive and a choice between a manual or dual-clutch gearbox.

The summer will bring electrification to the eighth-gen Golf with the arrival of a mild-hybrid variant and plug-in hybrid GTE. The mild-hybrid Golf will have a 48-volt power supply and a 109-bhp 1.0 turbocharged petrol-fueled engine.

The GTE will be available in 201-bhp and 242-bhp variants. Both of them will use a 1.4-litre four-cylinder engine and 13-kilowatt-hour lithium-ion battery.

Here comes the return of the Golf R. Rumours suggest it could pack around 326 bhp in standard trim and roughly 395 bhp for the more hardcore R Plus variant. Both variants would be all-wheel drive.

The somewhat milder Golf TCR arrives the same month. It should get a 2.0-litre turbocharged four-cylinder with 286 bhp and be front-wheel drive.

In the fall, the Golf Variant estate debuts in Europe. It should be largely identical to the five-door model but with an extended rear to increase the cargo space. An Alltrack variant with a higher ride height and all-wheel drive comes later.