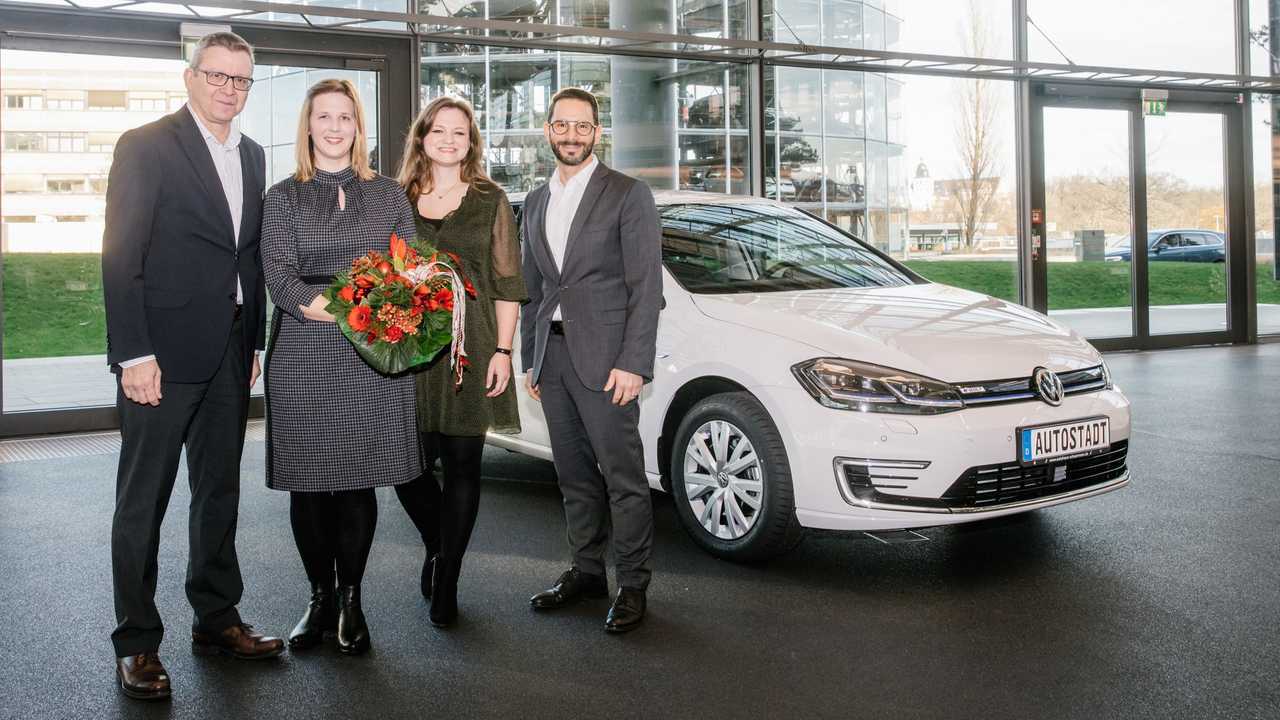 Volkswagen celebrates the sale of its 250,000th plug-in electric car since 2013. The jubilee vehicle turns out to be an e-Golf, delivered in mid-December. About half of cumulative plug-in car sales were BEVs.

"The 250,000th car is a “Pure White” e-Golf. Sandra Fleischer from Herne took delivery of the car at the Autostadt in Wolfsburg in mid-December."

Let's take a look at what models are selling the best (cumulatively):

Jürgen Stackmann, Board Member for Sales, Marketing and After Sales, says:

“With the 250,000th electrified vehicle, the Volkswagen brand has reached a major milestone on the way to carbon-neutral mobility. Especially all-electric vehicles such as our new ID. family are the answer to major challenges of our times. They offer considerable driving pleasure and advantages we could only dream of a few years ago. They have a carbon-neutral balance, offer more space with comparable outside dimensions, and are quiet, highly efficient, economical and inexpensive to maintain. This is why we will be selling the next 250,000 electrified vehicles in a considerably shorter period of time. At Volkswagen, we are convinced that the future is electric.”