Turkey's first home-grown automobile revealed, and it's an EV 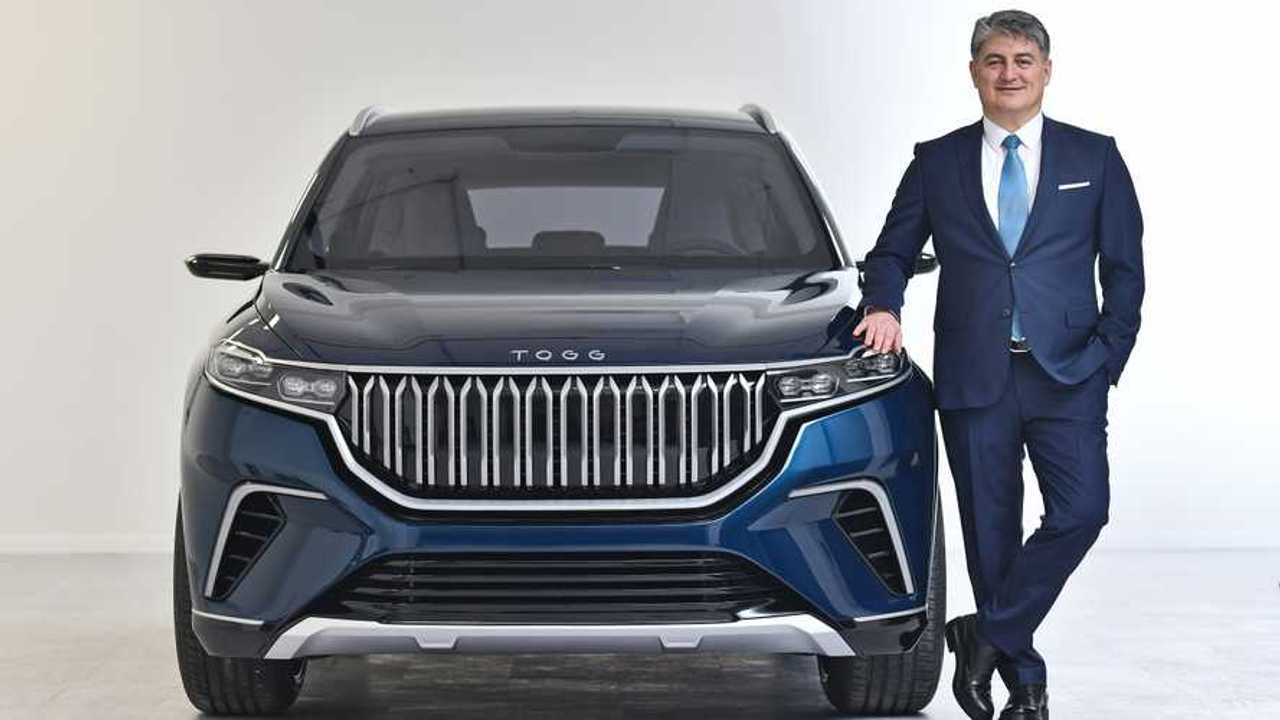 Turkey isn't known for its automotive industry, but that could be about to change with the debut of an all-electric mid-size crossover prototype and a concept saloon from TOGG, Türkiye’nin Otomobili Girişim Grubu, the country's first home-grown automaker. The debut happened at a public event at IT Valley in Gebze, Turkey, and included an appearance by President Recep Tayyip Erdoğan.

Motor1.com's Turkish edition attended the debut. The new C-SUV will launch in 2022, with its all-electric powertrain that promising impressive straight-line speed and a low cost of ownership. That battery-electric motor combo was developed entirely by TOGG's engineers, and according to Motor1.com Turkey, has its intellectual property rights wholly owned by the country of Turkey.

Customers can choose from two different lithium-ion battery setups. The smaller option promises 186 miles while the larger pack should crack 300 miles per charge. Fast charging will allow the C-SUV to reach 80 percent charge in just 30 minutes. That said, TOGG hasn't announced capacities for either of its battery packs or given an indication of maximum charge rate. A 30-minute fast charge would indicate recharge rates of over 150 kilowatts, though. TOGG will offer an eight-year warranty on the battery packs.

The layout for the electric motors isn't uncommon. Base models will feature a single electric motor on the rear axle that should deliver 200 horsepower. A dual-motor model will add a unit to the front axle, giving the C-SUV all-wheel-drive abilities, while bumping output to 400 horsepower. Torque figures aren't yet available, although TOGG says the rear-drive model can hit 62 miles per hour in 7.6 seconds. The dual-motor SUV will do the deed in 4.8 seconds.

The design is impressive, offering a long wheelbase with a spacious cabin. TOGG worked alongside Pininfarina, drawing insight from Turkish consumers, with the goal of building something that would appeal to consumers in Turkey and beyond. The design is also inspired by Anatolian culture, particularly the tulip. Designers imprinted a floral motif on the grille and wheels to underline the vehicle's connection with Turkey.

The cabin benefits from a wide all-digital instrument cluster and infotainment system. There's also a passenger display, not unlike what Porsche is doing with the Taycan. Touchscreen interfaces, which include a secondary display atop the centre console for the climate controls, dominate the interior. As for that centre console, its high placement gives the cabin a cockpit-like layout. Traditional buttons and dials are kept to a minimum, aside from the gear changer and electronic parking brake. This is a clean, attractive layout.

Advanced driver assistance systems include “Slow Traffic Pilot”, which should be enough for Level 2 autonomous driving capability. The system will ease the burden on drivers, creating time for making use of the smart features within the car.

With its flexible architecture, the TOGG C-SUV will make a seamless transformation to “Level 3 and beyond” autonomous driving. The connected architecture of the car will enable over-the-air updates for continuous improvements to its software. Beyond its internet connection for OTA updates, the TOGG will boast V2X abilities, allowing it to chat with smart devices in homes as well as the broader electrical grid. New services will also be available as 5G wireless technology advances.

There's some genuinely innovative technology here, too, including a holographic assistant. According to TOGG, it will use advanced eye tracking algorithms and holographic three-dimensional imaging technologies to provide a user experience far beyond the ordinary virtual display panel.

Thanks to this technology, the driver will not only see the information on the vehicle's display screen without taking his/her eye off the road, but also have access to all other information about the road and environment. With augmented reality and a 3D enhanced image, the driver will be able to use navigation and other driver assistance systems more easily and have a safer, more comfortable and interactive driving experience. TOGG aims to be the first company in the automotive industry to offer this unique driving experience to its users via this disruptive technology.

TOGG is aiming to launch the C-SUV on the Turkish market some time in 2022, with additional details coming as that date approaches.