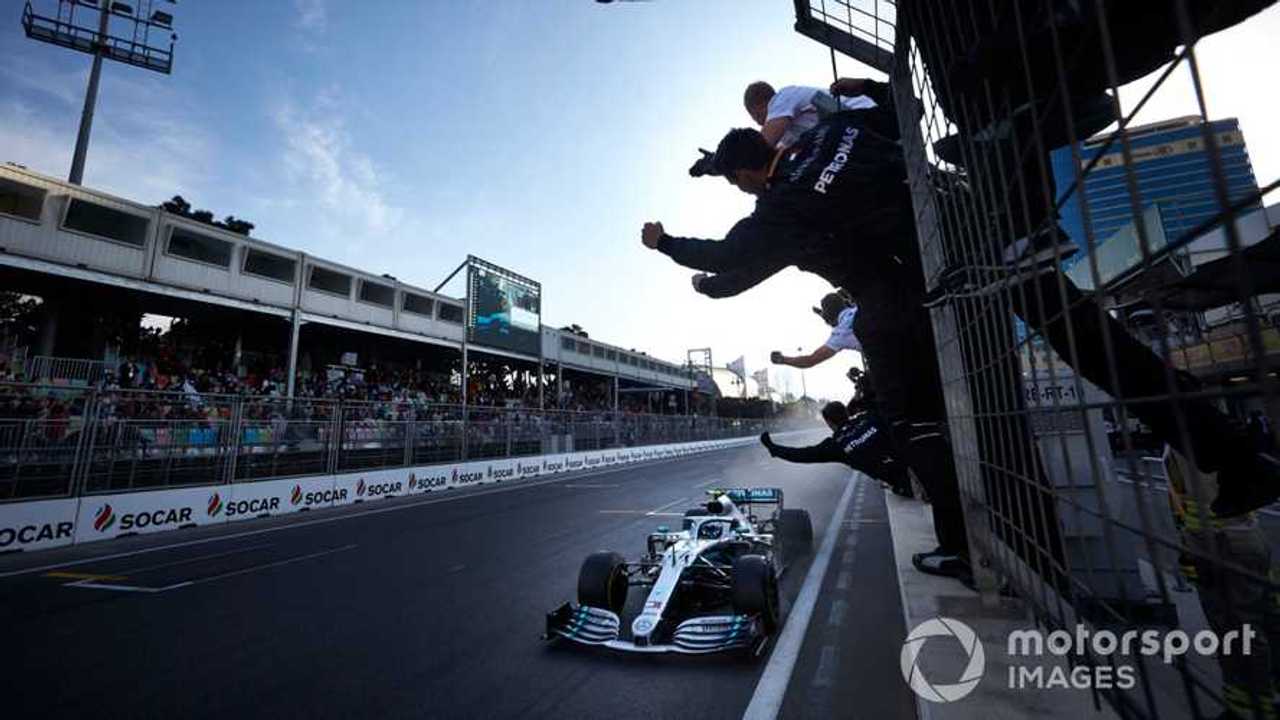 Valtteri Bottas says he was given a "great opportunity" in 2019 to work with one of Lewis Hamilton's ex-engineers and learn more about the six-time Formula 1 world champion's methods.

Bottas needed a new race engineer this season after Tony Ross moved across to Mercedes' fledgling Formula E entry, and the decision was taken to replace him with Hamilton's performance engineer Riccardo Musconi.

At the start of 2019 Bottas won two of the first four races and led the points, and though he eventually faded from title contention and was defeated by Hamilton he had stronger form through the season than ever before.

Bottas gets another chance:

Bottas said part of that progress was aided by being able to work with Musconi for the first time.

"It was good for me to have a change, a different way of working with engineers," Bottas told Motorsport.com.

"And also getting Ricci from Lewis's side, he's been working with him, so he knows very much in detail about his driving techniques and ways of setting up the car.

"For sure, it was always going to be a great opportunity for me to get maybe something even more than what I normally get in the meetings and what I see from the data.

"It was nice to have that kind of approach on the engineering side."

Three years ago, when Hamilton was partnered with Nico Rosberg at Mercedes, a change of team personnel was the source of some discontent with the world champion.

Mercedes made five changes in the engineering line-up on each car for 2016, including swapping the number one mechanics being swapped, with the changes a mixture of normal staff turnover and personnel being moved from one crew to the other.

Bottas said the fact Musconi could move across to his team without it causing angst was a testament to the positive relationship Mercedes' current drivers have.

"There's never been a problem about that," said Bottas. "It definitely shows that we deal with things as they come in.

"He [Hamilton] is still hungry to be even better than what he is now. For him also, with different people, it's always an opportunity as well."

Though Hamilton has no issue with the engineering personnel change he has admitted it made things "harder" for him.

He said that was down to building a strong relationship with his engineering team, which means he has a bigger job to start again, while also giving a potential advantage to his team-mate and rival.

"He is a very talented engineer and naturally he wants to progress, no-one wants to stay in the same position and being lead engineer has got to be a great goal for an engineer," Hamilton said.

"But we had learned so much and working together I had pulled things out of him that perhaps he didn't realise he would have, or maybe it would've taken longer to have done, and vice-versa.

"So then when he goes over to the other side, without doubt he'd have been saying, 'Valtteri, why weren't you doing these things, Lewis does this, why are you not doing that?'.

"This year it has made it even more challenging because I'm thinking: 'OK how do I twist it? How do I change these small things now that they're doing the same, without losing performance?'