The interior is pretty tight, to say the least.

After seeing Bisimoto’s EV conversion of a classic 935 earlier today, we’re having a closer look at what Porsche themselves have done with the iconic Moby Dick. The modern-day interpretation of the race car from the late 1970s is a barebones 911 GT2 RS with a single seat, although customers can add a passenger seat for an easy £7,500.

Very few of us will get the opportunity to see one in real life, let alone get behind that quick-release steering wheel. That’s because the new 935 is restricted to the track and Porsche limited production to merely 77 to keep it exclusive and try to justify the exorbitant price tag of €701,948 (approx. £625,000) before taxes. Businessman Manny Khoshbin is the proud owner of the #61 car and he has decided to give us a tour of his latest prized possession, joining an impressive fleet of cars including a Carrera GT, Bugatti Chiron Hermes, and no fewer than five Mercedes SLS McLarens.

The last hurrah of the 991 generation: 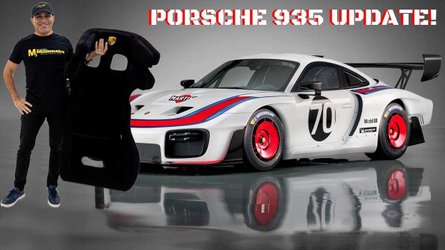 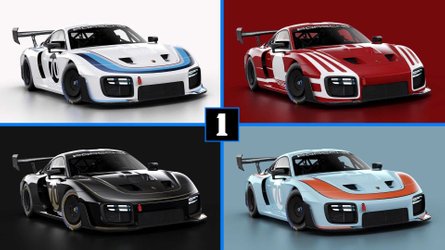 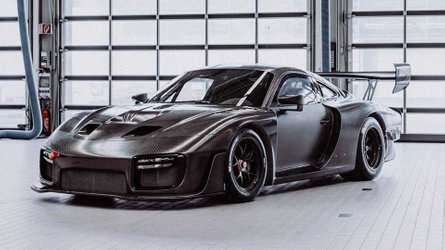 The Porsche 935 in naked carbon fibre is simply stunning
⠀ 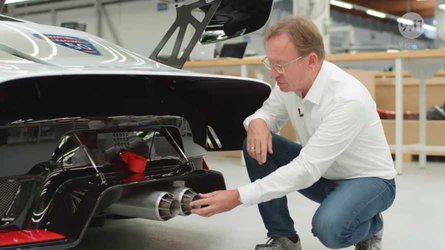 Being a thoroughbred race car, the Porsche 935 is nowhere near as comfortable as a standard Carrera and it’s actually much more punishing than the 911 GT2 RS upon which it’s heavily based. Basically the only creature comfort you get is air conditioning as the track machine has been stripped down to the bare essentials.

From the massive roll cage and body-hugging seat to the kill switch and the roof emergency exit, it’s pretty obvious the 935 has been developed as a race car through and through. There’s even a driver hydration system and an air jack system with three jacks, while a fire extinguisher has been added in case something goes horribly wrong. As a nod to the 917 and 909 Bergspyde race cars, there’s a wooden gear knob that also harkens back to the aforementioned Carrera GT.

In a video posted a few days ago, Manny Khoshbin shared with his fans the experience of taking delivery of such a rare and special car, which sadly already has a couple of scratches.