Can the lighter 911 overcome an AMG with all-wheel-drive and 200 more horsepower?

The German rivalry between Porsche and Mercedes-Benz continues. We can’t seem to get enough of the new 911 Carrera taking on various editions of the Mercedes-AMG GT, and this time we have a GT63 S four-door from Affalterbach battling a new Carrera S from Stuttgart. This is a quarter-mile competition, and if you recall from the last Mercedes-versus-Porsche race we featured, the 911 did quite well in the shorter distance.

This time, however, things are different. For starters, we’re dealing a Carrera S, not a 4S so the 911 is only turning the rear wheels. Meanwhile, team Mercedes has a GT63 S 4Matic, so it is sending power to all four corners. It’s prolific power as well – 630 bhp (470 kW) compared to “just” 443 bhp (331 kW) for the Porsche. Of course, the mighty Merc is wielding the highly tuned 4.0-litre twin-turbo V8 versus the turbocharged flat-six in the Porsche. On paper, the 911’s only advantage is weight but it is a significant advantage – roughly 1,542 kilograms (3,400 pounds) versus no less than 2,100 kg (4,550 lbs) for the big AMG four-door. All-wheel-drive does come at a cost.

Still, the 911 is at a tremendous disadvantage. Even an all-wheel-drive Carrera 4S would have trouble stacking up to the AMG and its 200-bhp advantage. Ordinarily, we’d leave the outcome of this video as a surprise but let’s be honest – even with an extra 454 kg (1,000 pounds) on its frame, the GT63 S rips away from the line in such a manner as to make us question whether the Porsche driver even tried to compete. If anything, we can say we’re impressed the 911 didn’t lose by a wider margin. Still, there were several car lengths between the competitors at the line.

Livin' a quarter-mile at a time: 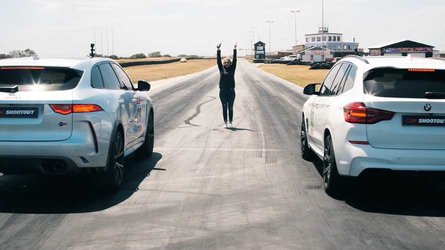 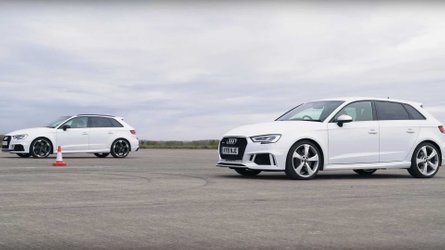 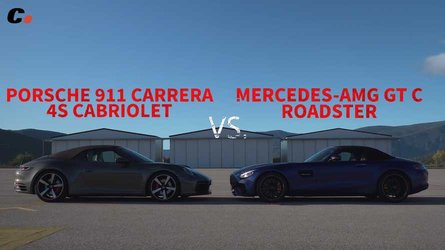 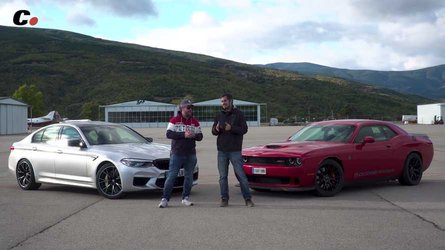 Is this really a fair fight though? The Carrera 4S could’ve had a chance, but we’re still talking about a lower-level 911 against the top tier in the Mercedes-AMG GT family. The scales will surely tip the other direction when the 911 Turbo finally arrives, and we suspect Porsche fans are as eager as we are to see a rematch when that happens.