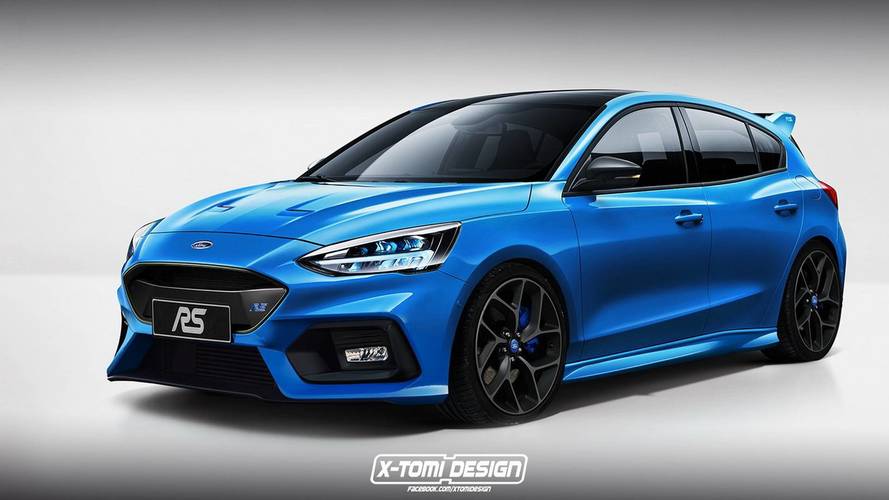 A forbidden fruit in many countries, the Ford Focus lives on in many markets around the world and it’s doing great especially in Europe where the Blue Oval sells one every 135 seconds. The fourth generation of the popular compact has already spawned a spicy ST version with petrol and diesel engines, hatchback and estate body styles, and a choice between a six-speed manual and a seven-speed auto.

As great as the ST models are, there are some people out there who would rather wait for the flagship RS variant. While all three previous Focus RS models were launched towards the end of the respective generation’s life cycle, it appears Ford will be doing things differently with the fourth iteration of the performance hatch. If a new report from CAR Magazine is to be believed, the new Focus RS will be a “2021 model year,” which should mean an official reveal will take place sometime next year.

An electrified Focus RS could be planned:

We’d take this rumour with the proverbial pinch of salt taking into consideration we haven’t seen any spy shots of the next Focus RS whatsoever. The hyper hatch will allegedly retain the 2.3-litre EcoBoost engine of its predecessor, but with a mild hybrid addition for extra power and efficiency. One major change addition planned for the turbocharged four-pot is that its output will be channelled exclusively to the front wheels.

That doesn’t mean the Mercedes-AMG A45 rival will switch to a front-wheel-drive layout as the engineers are reportedly preparing something special for the rear axle. CAR says the fourth-gen Focus RS will employ the eTwinster system developed by GKN Automotive and that will translate into an electric-only rear axle. The report goes on to mention the Drift Mode might solider on in the next generation to offer an alternative to Affalterbach’s tail-happy A45.

While the old Focus RS had 346 bhp on tap, its successor is rumoured to exceed the 400-bhp mark and go after the AMG A45 S with its mighty 416 bhp. These two high-powered hatches might also have to do battle with a beefier variant of the next VW Golf R said to have nearly 400 bhp.