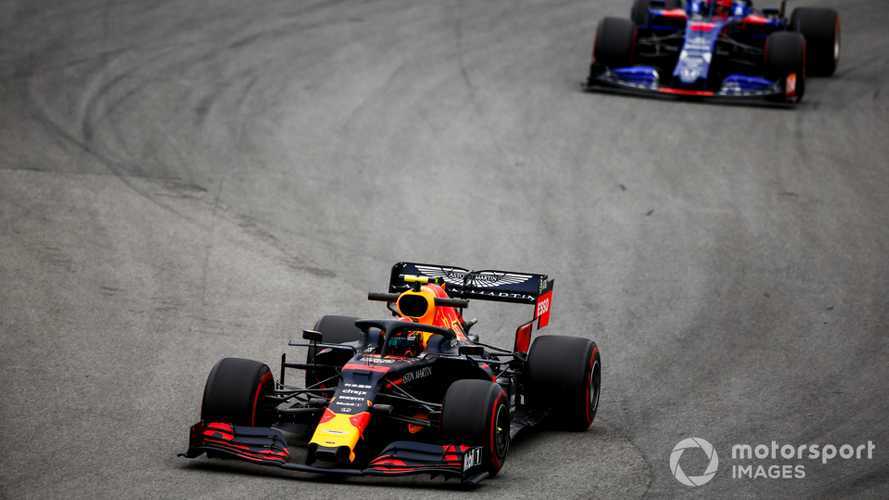 Honda asked its trackside staff for problems or concerns that arose in the "challenge" of supplying two Formula 1 teams for the first time, so it can improve next season.

Red Bull's desire to join its junior team Toro Rosso in partnering Honda this year meant the Japanese manufacturer had two teams on the grid for the first time in the V6 turbo-hybrid era.

It last supplied two teams at the start of 2008, before the Super Aguri folded early in the year and left Honda's works team as its only entry.

Honda was not caught out by supplying two teams in 2019 – as it had made initial preparations to add Sauber as a customer alongside McLaren a year earlier – but is keen to identify areas to improve, even though its F1 technical director Toyoharu Tanabe was "satisfied" with how it rose to the challenge.

"It was challenging, of course," Tanabe told Motorsport.com. "More staff here, more engines here. So far everything went reasonably well for both teams.

"I asked the engineers and the mechanics here, 'What can we do for next year? Please review what we did this year. What was a concern, what was a problem, in terms of the trackside management?'.

"Then we can make a list, discuss it internally, discuss with the R&D department, and then bring the idea for next year."

One of the immediate benefits of adding a second team is Honda racked up considerably more track time in 2019.

Tanabe explained that the benefit was not simply a case of doubling Honda's track time.

"There's some difference between two teams," he said. "There are some items which we learn from both. The more information helps us to improve our performance."

The other benefit is that the Red Bull and Toro Rosso teams are directly linked, and Red Bull is the priority in terms of fighting for a championship.

That means unlike the supply deals Ferrari or Mercedes have with their customers, it is in Honda's interest to have a more intimate relationship with its two teams.

"We support the two teams equally – engine specification, the number of engineers and mechanics, the scale, all equal," said Tanabe.

"When we started this year, we mixed the people [from 2018] and then brought extra support to make the same [level in both teams].

"We'll keep the same style, for next year and always."