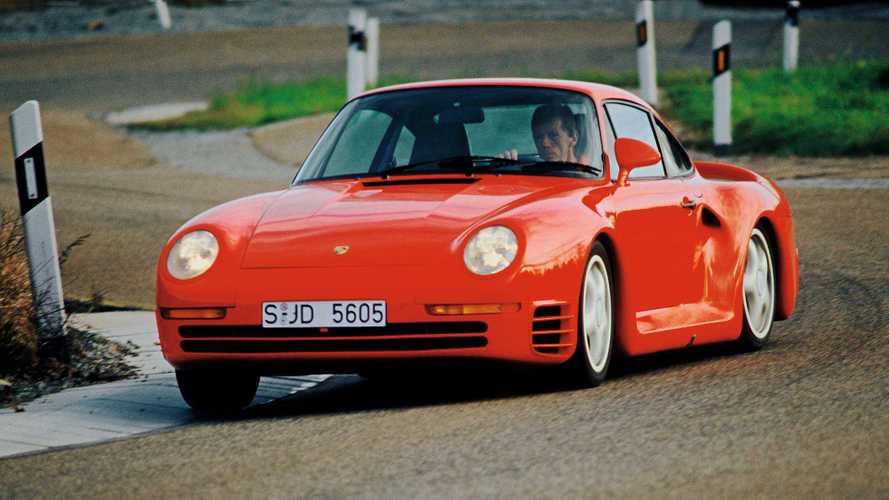 Despite abuse of the term supercar, some vehicles truly deserve the title. This is one of them.

Despite the misuse and abuse of the term supercar, some vehicles truly deserve the title. One of them is the Porsche 959, built between 1987 and 1993. Conceived and built as a World Rally Championship Group B racer, this masterpiece of 1980s technology was teased by the 1983 Porsche Gruppe B concept car shown that year in the Frankfurt Auto Show. Notwithstanding the use of the existing 911 platform and basic body, the concept was equipped with technologies that, 33 years ago, were regarded as automotive science fiction – things like adjustable height and variable all-wheel drive controlled by computer.

Homologation to compete in the Group B, however, required production of 200 street legal units. This gave Porsche the perfect opportunity to create a true technological powerhouse on four wheels.

The Porsche 959 arrived after a gruesome and long development process, but the result was well worth the wait. The car, considered the most technological advanced automobile of its day, was powered by a 2.8-litre twin-turbo six-cylinder engine that could generate 444 bhp and 369 pound-feet of torque. Power was delivered to all four wheels through a special manual transmission with five forward speeds plus an extra all-terrain gear and of course, a reverse gear.

Porsche offered the 959 in two trim levels Sport and Komfort, being the latter the more road-oriented car while the former was the ultimate track machine of the duo. In 1988 Porsche also built 29 units of the 959 S, a version of the 959 Sport with modified turbo chargers that increased the power to 508 bhp and top speed to 211 mph (339 km/h), according to independent testing.

Ironically, the 959 was never ready on time for Group B racing, which was cancelled for the 1986 season. But it still managed to have an illustrious motorsport career. During its development the 959 entered the Paris-Dakar Rally obtaining first, second and fifth places. Also, in 1986 the 959 entered in the 24 Hours of Le Mans winning its category and obtaining the 7th place over all.