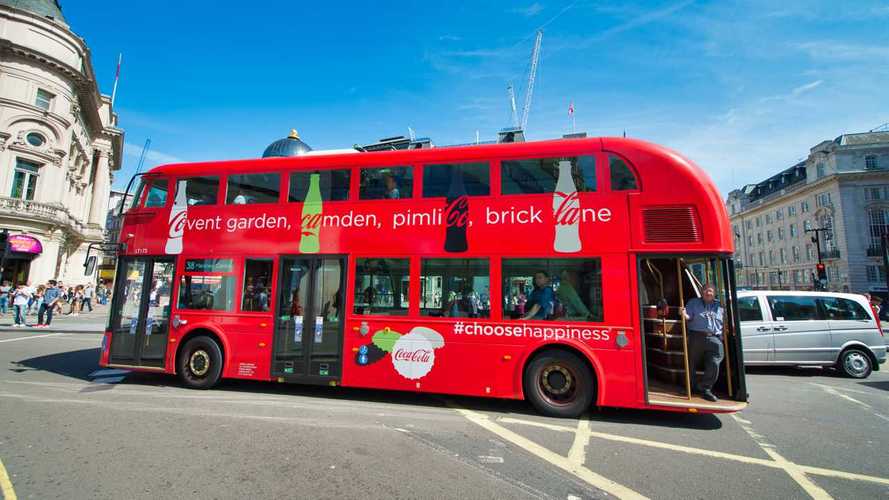 The buses are designed to emit a noise that alerts people to their presence.

London’s electric and hybrid buses are set to become noisier in the coming months as the city trials a new sound system to alert people to the vehicles’ presence.

Transport for London (TfL), the organisation in charge of London's bus network, has developed the sound, which is played through special speakers inside the front of the bus, to ensure the safety of vulnerable road users. Without the sound, TfL says, these hybrid and electric vehicles are "almost silent" and could pose a safety risk, particularly for people who are blind or partially sighted.

According to the organisation, the sound will be emitted at speeds of up to 12 mph, or when the vehicle is reversing or stopped at a bus stop. The sound will vary with the speed of the vehicle, the idea being that will help people know where the bus is and in which direction it is going.

At first, the system will be tested on the 100 bus route, which runs between St Paul's Cathedral and Shadwell, over a six-month period beginning in January. It's an experimentation period that comes ahead of artificial sounds becoming mandatory for all new 'quiet' running vehicles in 2021.

"We are committed to ensuring the safest buses are driven on London's roads and pleased to announce this latest development with the Bus Safety Standard as we work towards Vision Zero," she said. "Working with a broad range of stakeholders and trialling AVAS on the 100 bus route and other routes in the following months will ensure the system is best equipped to alert all road users to the presence of quiet running buses, preventing collisions and making deaths and serious injuries on our roads a thing of the past."

Meanwhile Kirsty Hoyle, the CEO at Transport for All, which helped TfL ensure the sound would be capable of alerting disabled people to the vehicles' presence, said the organisation was looking forward to the results of the trial.

"Understanding the lived-experience of navigating London's streets with a visual or sensory impairment, and designing services with this in mind, is a fundamental part of inclusive design," she said. "Our disabled members have been delighted to work with Transport for London to find a solution that can now be live tested. We are excited and interested to see the results."