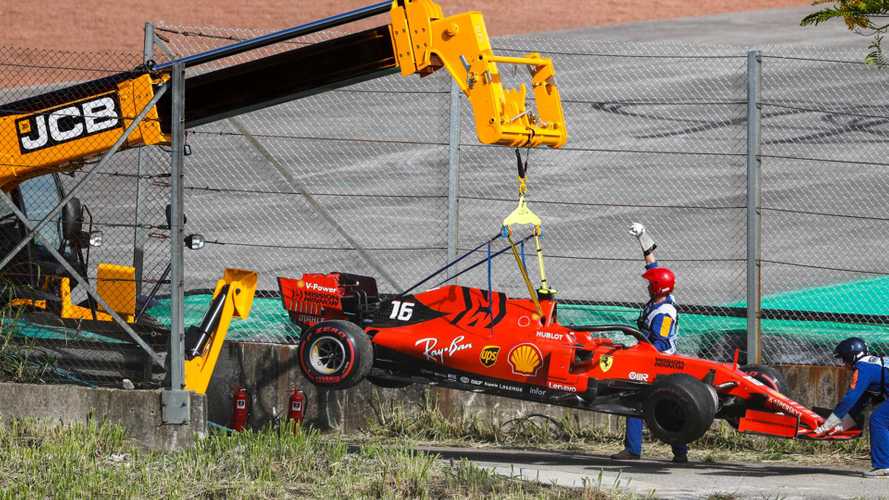 The crash between Formula 1 teammates Sebastian Vettel and Charles Leclerc was a necessary "crisis" to establish ground rules within the team, says Ferrari's CEO.

Leclerc joined Vettel at Ferrari for 2019 after just one season in F1 but quickly established himself as a rival to the four-time world champion, claimed all of the team's major breakthroughs this year and beat Vettel in the championship.

However, Leclerc's impressive season contributed to some on-track flashpoints with Vettel, starting with team orders disagreements and escalating to a race-ending collision at the penultimate grand prix in Brazil.

After that race, team boss Mattia Binotto said it was "lucky" for Ferrari that the crash happened when it did, so they could address the issue for the 2020 season.

And speaking to media, including Motorsport.com, at an end-of-season lunch, Ferrari CEO Louis Camilleri supported this position while addressing the "perceived challenges, tensions between them and some criticism about our inability to manage them".

"A lot has been written," Camilleri said. "You should know that behind closed doors they actually get on very well.

"There's great respect between them, they joke together, and there's quite a great relationship. Clearly, they're both very competitive. And Brazil was a nightmare.

Hamilton: Ferrari wrong to be pushing Leclerc as new number one

Ferrari surprised by how much Leclerc has improved in 2019

"However, now the air has been cleared. And I think you sometimes need a crisis to put the goalposts in the appropriate place.

"I think they both realised that Ferrari was the big [one to] suffer in this collision that they created.

"And I actually think going forward, it gives Mattia a much better way of managing them, and also renders them significantly more receptive because they realise how they screwed up."

As well as scoring Ferrari's first pole, podium and victory of the season, Leclerc scored more pole positions than any other driver and earned back-to-back wins in Belgium and Ferrari's home race in Italy.

Camilleri admitted that Leclerc did have an impact on Vettel's performances.

"I think we have to be fair in the sense that we have made mistakes several times, and we had problems with the car," he said. "Then you're uncomfortable, you take unnecessary risks.

"Clearly, Charles's performance had obviously had an impact. It's inevitable when you're the world champion, and this young kid comes on and has a phenomenal season."

He added that Leclerc had progressed throughout the year into a vital part of Ferrari's team.

"We all knew that Charles has a lot of talent," said Camilleri. "I think he has surprised even ourselves as to what he was capable of doing.

"He became stronger not only as a driver, but as an integral part of the team. For us that's very important. He has a great relationship with the team and continues to build upon it."

Unlike this year, when Ferrari initially gave Vettel preferential treatment in 50/50 situations because of his experience, the team does not intend to identify a hypothetical number one driver for next season.

"That was the right choice at the time," said Binotto. "When we get to Australia, they will be free to race and there won't be a number one.

"What's more important is that the team remains first priority, and we maximise the team points where we need it."