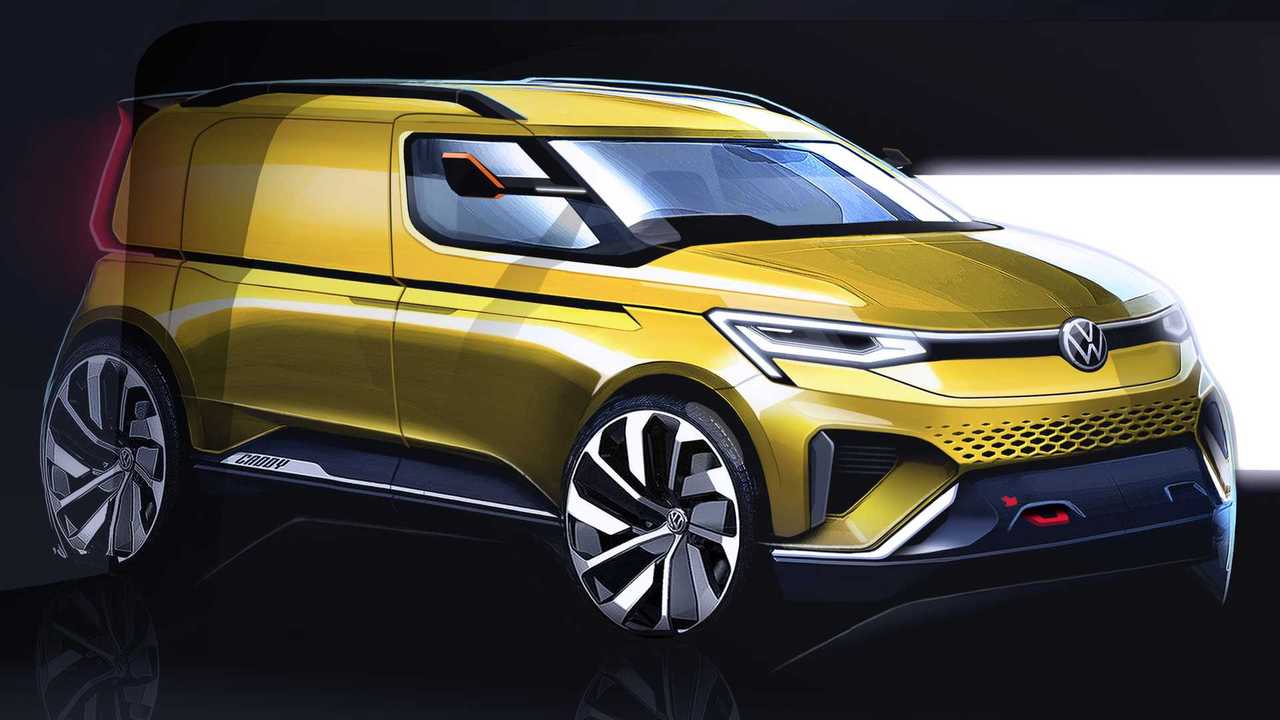 It's still just a concept though.

We’ve been spying the next-generation Volkswagen Caddy since April this year but the manufacturer has never allowed us to see a lot of the revamped commercial vehicle. That was until now as the commercial division of the German automaker has just published the first two teaser images with the new Caddy.

The van looks quite sporty in these two sketches with a sleek front fascia, massive wheels and oversized wheel arches, and funky side mirrors mounted high on the A-pillars. At the back, the look is futuristic and clean, and the Delivery lettering suggests this is the cargo panel version of the model.

While we definitely like what we see, we’ll have to disappoint you. The spy photos from earlier this year already confirmed the new Caddy will retain the basic shape of its predecessors and will continue to rely on a conservative design approach. Plus, in its official press release, Volkswagen mentions that these sketches are just a preview of “how the completely new Caddy could look from 2020.” It’s also important to note that Volkswagen refers to the van from the teasers as a concept vehicle.

Needless to say, the exterior design is by far not the most important factor in the commercial vehicle segment and we won’t blame VW for not taking any risks with the looks of the new Caddy. What is of bigger importance, the van will ride on the company’s MQB platform and could be integrated into the VW T7 lineup as the T7 Life Caddy.

The switch to the MBQ modular architecture will allow for smarter packaging, optimizing interior cargo and passenger space. While expected to be initially released with conventional combustion engines, the new Caddy will be developed with electrification in mind and a 48-volt mild-hybrid powertrain is planned for a launch later during the model’s lifecycle.

Hannover, 20 December 2019 – Who says a Caddy can’t be sporty? Initial sketches of the Volkswagen Commercial Vehicles design provide a preview of how the completely new Caddy could look from 2020: one thing is for sure, no screw has been left untouched. Nevertheless the new Caddy will again become the benchmark vehicle in the A segment of commercial delivery vans and privately used family MPVs.

An early Christmas present: initial sketches from the early development of the new Caddy indicate that many aspects of Volkswagen Commercial Vehicles’ future little van model are going to be different next year. The concept drawings of the panel van variant of the Caddy underline the fact that a new self-confidence will be entering the otherwise so functional and practical vehicle class. The draft design shows possible configurations: everything different, but still with a high cargo capacity and great variability, which has always made the Caddy attractive to its customers. In short: 100 per cent new, 100 per cent Caddy.

An example of greater sportiness in the segment is indicated, for instance, by the slightly sloping roof line. And by the sculpturally shaped, large side areas – with the new Caddy showing here a lean, one-piece design. It can be assumed that in future more customers involved in sport and active leisure pursuits will consider the new Caddy an interesting, practical alternative.

What can be seen is the Cargo version of the new Caddy with several striking pointers to the actual full production panel van. These include the more strongly vertically arranged, slim LED lights at the rear. These will also appear on the passenger car version. The concept vehicle drawings also show a larger looking rear window, a significant element of the passenger car variant. In line with customer wishes, the commercially used versions of the new Caddy will also have a non-transparent tailgate and continue to offer swing doors as an option.

Larger wheels, a vehicle front with a cohesive look and LED lights, a narrower radiator grille and a larger looking logo are further elements of the redesigned Caddy. All signs that the new model too is launching with the aim of being the benchmark in its class.